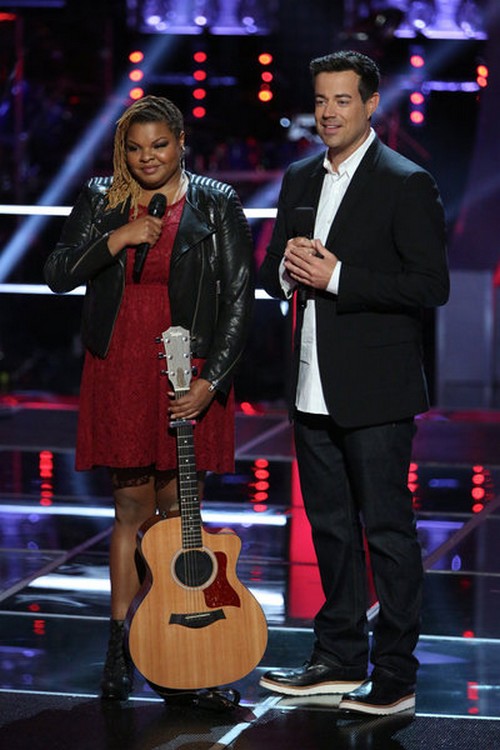 Stephanie Anne Johnson took the stage tonight on THE VOICE for her Top 20 video performance.  Stephanie Anne sang “Georgia on My Minds” by Ray Charles.  Tonight’s show the top 20 performed live in front of coaches Christina Aguilera, Adam Levine, CeeLo Green and Blake Shelton for America’s vote and a chance to move on to the top 12.  Did you miss tonight’s episode?  If you did, we watched it and we recapped it here for you.   If you missed any of the performances, you can see all the videos here!

Next up is Stephanie Anne Johnson who Christina stole back from CeeLo; Christina chose her the song “Georgia On My Mind”. Stephanie has a lot of support from her family; especially from her step dad who has lung cancer and she really wants him to hear her sing this song.

Judges Comments: The coaches went crazy over her.  CeeLo says that he has mixed emotions; he’s amazed, jealous and just impressed. He felt it was a whole different version of herself, he really messed up with not having her. Adam says that he liked it, the song is something he respects so much and would not be able to sing it himself; he is so impressed and even got a little tear with the opening note. Christina says that she did wonderful and noticed how she broke up the melody in the beginning and that her voice has a unique quality.