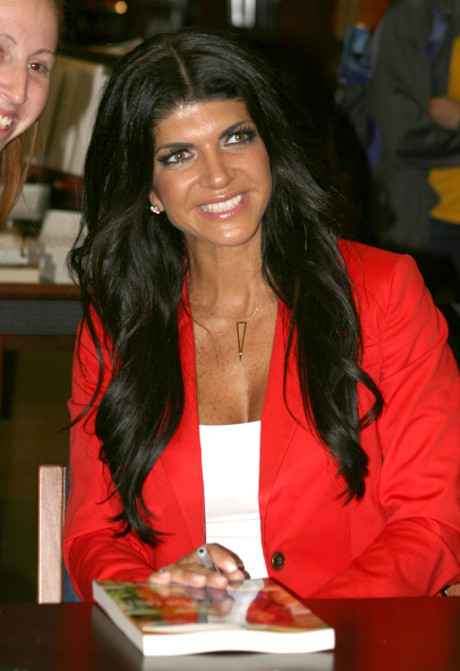 Teresa Giudice and Joe Giudice of Real Housewives of New Jersey fame are facing some extreme charges. The couple has been legally smacked with a long list of charges, including major bank fraud and tax evasion, and is now facing upwards of fifty (or more) years in the slammer. Paul Fishman, U.S. Attorney General, recently announced the 39-count indictment, which details the extent of their fraudulent ways between the years of 2001 and 2008.

Yikes, we knew these people were a bit shady at times, but this sounds extremely serious! According to TMZ, one of the first to break the story, “the Giudices conspired to illegally obtain mortgages and other loans from multiple banks by intentionally overestimating their incomes in order to get more money.

“The Giudices also allegedly withheld vital information about their net worth from a U.S. bankruptcy trustee after filing for Chapter 7 in 2009 — including Teresa’s true income from the reality show. As for tax evasion, Joe is accused of failing to file income tax returns for the years 2004-2008, during which he allegedly earned $1 million.”

Basically, it sounds like Teresa and Joe committed every possible type of fraud imaginable. Most celebrities seem to be able to wiggle their ways out of legal troubles — with their money and influence — but it seems as if this couple is in for a trying time, as these charges and allegations are quite serious.

What do you think about this situation? Things just got REAL for this housewife.