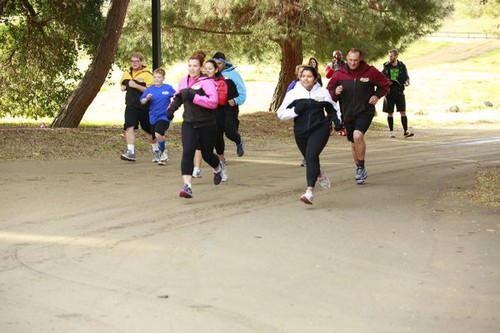 THE BIGGEST LOSER live recap on Celeb Dirty Laundry returns tonight to cover an all new episode. Tonight’s episode entitled “Down To The Wire” it’s time for the last weigh-in on the ranch, determining who is sent home and who the final four players are for season 14.  Did you watch last week’s show? We did and recapped it here for you?

On last week’s show it was the eagerly-anticipated makeover week for the final five contestants, who also got the promise of immunity at the next weigh-in if they each lose a certain percentage of body weight. The makeover fun began with fashion expert Tim Gunn, who worked his magic helping the contestants pick out stylish new outfits to flatter their new slimmer selves. And celebrity hairstylist Ken Paves crafted incredible new looks for each player, leading to amazing and dramatic transformations.

On tonight’s show it’s down to the final five and the stakes have never been higher. This week, a red line will determine which contestant is going home, and a yellow line will determine which two players America will vote for to determine who the third finalist will be for season 14. But first, the contestants compete for a weigh-in advantage during a “put their weight back on” challenge, pulling all the weight they have lost up a mountain by sled, and then dropping weights incrementally representing how many pounds they lost each week.

Kid participants Biingo, Lindsay and Sunny return to the ranch and see just how far they’ve come watching videos of their journeys alongside the trainers, and later get an update from child obesity expert and pediatrician Dr. Joanna Dolgoff on their great progress. The adult contestants also watch emotional highlights of their weight loss journeys and get impressive health updates from Dr. H. Then it’s time for the last weigh-in on the ranch, determining who is sent home and who the final four players are for season 14.

The Biggest Loser season 14 episode 11 airs at 8PM on NBC.