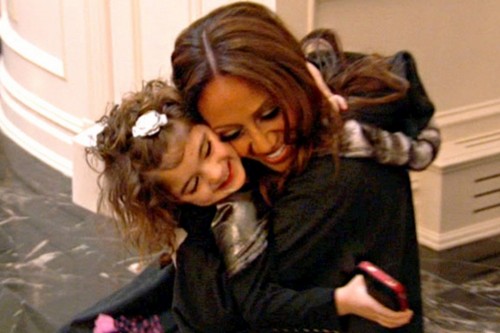 Tonight on BRAVO our favorite Housewife show THE REAL HOUSEWIVES OF NEW JERSEY returns with and all new episode called, “Best Frenemies Forever.” On tonight’s show Teresa and Jacqueline come face-to-face for the first time since their ‘friendship divorce’ over a year ago. To get caught up for tonight’s crazy episode if you missed last’s week, you can read our full and detailed recap, right here.

On last week’s show Teresa and her brother, Joe, and their spouses, Joe and Melissa, got down and dirty with a relationship expert. But the warmth of family love didn’t quite reach everyone as Kathy got left out in the cold. And with the family finally turning a corner, Caroline revealed her own surprising agenda for healing, leaving everyone looking in Jacqueline’s direction for a final solution.

On tonight’s show Teresa reluctantly reaches out to Jacqueline for a sit-down, bringing them face-to-face for the first time since their ‘friendship divorce’ over a year ago, but things quickly derail at the mention of marital infidelity. Caroline worries about her children’s needs, but it’s her husband that makes a shocking demand. Melissa and Joe get a hot offer one of them can’t refuse, while Kathy spices up her sister Rosie’s love life.

Tonight’s episode is going to be filled with more crazy Housewife drama that you won’t want to miss, so be sure to tune in for our live coverage of the show tonight at 8 PM EST! While you wait for our recap hit the comments and let us know how excited you are about the new season of The Real Housewives of New Jersey! Also we have a sneak peek video of tonight’s season 5 episode 10 below!

After week’s of watching an all-out war on The Real Housewives of New Jersey this week begins with the Gorgas and Giudices sitting down to Sunday dinner together and playing nice. One thing’s for sure, the kids really do love each other. Before going to dinner Melissa and Caroline stopped to see Jacqueline and they told her about the retreat. Caroline told her that Teresa agreed to give Jacqueline a call to try and work out their differences. Jacqueline is really hoping that call never comes unless Teresa is really ready to take responsibility for her stuff.

Meanwhile Caroline’s family is fairly stressed over the kids new business ventures. Albie being the oldest is super motivated to be a successful businessman and he’s sick of his mother telling him to relax and have fun. Finally Albert steps in and actually tells everyone to back off and stop hassling him for being motivated. The Gorgas have dueling photo shoots. Joe is the poster boy for Sizzle Tans and is snapped doing push ups with a chick on his back meanwhile Melissa does a glamour shot for her book cover.

Kathy fears that Ruthie thinks that she disapproves of her being gay so they clear the air. Then she, Richie, Melissa and Joe head to the gay bar to find Rosie a chick. One thing is for sure when you put this crew together they have a blast.

Jacqueline called Caroline to fill her in on the fact that she has agreed to meet with Teresa. Jacqueline is hoping that Teresa will take responsibility. Caroline tells her to hope for the best and prepare for the worst. We get to watch the Giudices in the car on the way to the mall. Melania and Gia are as nasty as ever.

After shopping Jacqueline and Chris head to The Brickhouse to meet Teresa and Joe. The guys head off to have a drink downstairs while the ladies go in a different direction. Teresa is still blaming Jacqueline for the family not talking to her for a year and a half. Jacqueline reminds her that she’s not really responsible and the rest of the family doesn’t blame her at all. Teresa is demanding Jacqueline apologize for telling the world that Juicy Joe cheated. Jacqueline shuts up and refuses to go near the topic for fear of embarrassing her. Teresa tells her straight out that she realizes that there are evil people in the world and she is one of them! Jacqueline’s face froze without the help of Botox. This is going to get crazy fast. Tune in next week for the fallout on the Real Housewives of New Jersey!