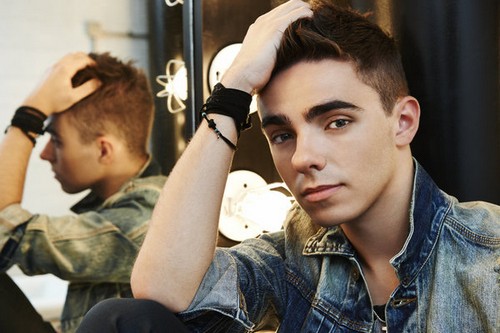 Tonight on E! their new musical reality show THE WANTED LIFE continues with an all new episode called, “Comeback Like A Pop Star.” On tonight’s show it is the season finale and Nathan undergoes surgery forcing the rest of the band to perform without him.. Did you watch last week’s episode, it was lots of fun? If you missed it we have a full and detailed recap for you, right here!

On tonight’s show in the season finale, Nathan undergoes surgery forcing the rest of the band to perform without him. With a huge arena performance on the horizon, surprising new solo opportunities and ongoing relationship issues cause Tom and Jay to grow anxious over the band’s future.

Tonight’s episode 7 of The Wanted Life airs tonight at 10PM on E!  We will be covering the show and bring you all the details of the shenanigans of Max, Siva, Jay, Tom and Nathan, so don’t forget to tune in.  While you wait for the recap, hit the comments and let us know how excited you are about getting a birds eye view of The Wanted!

Tonight’s episode of The Wanted picks up right where they left off last week. Nathan had to go in for surgery and he had no idea how things would go. As it turned out there was a huge nodule but the doctor was confident that he had removed it all.

The rest of the guys fly down to San Diego for a concert. It’s the first time  that they’ll be performing without Nate. Max is worried about how the fans will react to not having him onstage. Max ends up singing some of Nate’s normal parts and the girls go crazy.

The band learns that they have landed a gig ay Wembley Arena and that concert also becomes Nate’s motivation to get better. He is following doctors orders now so that he can belt out lyrics when it really counts. With the band traveling Kelsy has missed Tom terribly. She has been hanging out with her family but can’t wait to reunite with her man.

Siva also reunites with his girlfriend and is handed the crushing news that she may not be visiting him on tour. She has gotten a job offer that’s too hard to pass on. It looks like they are about to become a long distance couple.  This show is something else. We get to see endless scenes with the guys all sharing their concern over whether or not Nate will be well enough to sing at Wembley.

2 hours before show time the band is all getting nervous because the arena seats 80,000 and if it sells out that’s a whole lot of people to make happy. Nate isn’t performing which means that the rest of the band has to cover up for his solos.  They seem to do really well though, if the screaming audience is to be believed! At the last moment Nate does appear from a lift beneath the stage. He sings acapella, proving that his voice is as strong as ever. Nate says if he died now he would be a happy man. This season wraps up with a peek at The Wanted’s newest single!