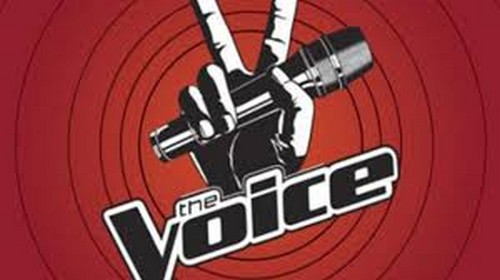 Tonight on NBC THE VOICE continues with a new episode and an elimination episode.  On tonight’s elimination show America will vote to eliminate another artists and the remaining five contestants will move on to compete next week in the semi-finals. Did you watch last night’s show? We did and we recapped it here for you!

Last night, the top 6 artists performed two songs and some memorable performances in front of coaches Shakira, Adam Levine, Usher and Blake Shelton for America’s vote and a chance to move on to the semi-finals and one step closer to winning the crown. There was a huge audience that cheered on the Voice hopefuls.

We conducted a poll today and 40.67% of our viewers think Holly Tucker will be sent home tonight.  21.7% think it will be The Swon Brothers  followed by Sasha Allen with 10.58% of the votes.  If you have not voted in our poll there is still time, GO HERE!

On tonight’s live result show America will vote to eliminate one artist and the remaining five will move on to the next phase of the competition, the semi-finals.  Season 3 winner Cassadee Pope will return to “The Voice” stage to perform her new single, “Wasting All These Tears”.

RECAP: Team Blake’s Florida pop star, Cassadee Pope performs first with her single “Wasting All These Tears”. Adam is really happy about Amber Carrington and thinks she deserves it. Shakira says that it is Sasha Allen‘s birthday today and she read somewhere that she could be the next big thing. Usher says that America got to see what they believe in, Michelle Chamuel and it’s their first time in this saddle and they intend on doing a great job. Blake’s team, Danielle Bradbery, Holly Tucker and The Swon Brothers have all worked hard to stay together and he would rather see his go in the finale than now.

Time for duet, Michelle and Sasha sing “Open Your Heart”.

It is time to find out who is safe tonight; it is Team Usher’s Michelle Chamuel and we’re not surprised after that amazing standing ovation she received last night.

We get a look back at Blake’s show “Healing in the Heartland” and visit to Oklahoma last week; Blake and Usher brought their team with them and everyone was truly affected by the devastation. The show raised 1 million dollars towards relief efforts.

Time to reveal the next artist that is safe, it is the birthday girl, Sasha.

Another duo, it’s Holly and The Swon Brothers singing “Leave The Pieces When You Go”.

It’s time to save another person, who will it be? Team Blake’s Danielle.

Yet another duo, Amber with Danielle singing “Eternal Flame”.

The three remaining artists are on stage, here is the name of the next person advancing to the semi-finals, it is Amber from Team Adam.

The Swon Brothers and Holly are the last two acts on the stage. It is going to be one of these two that are going home.