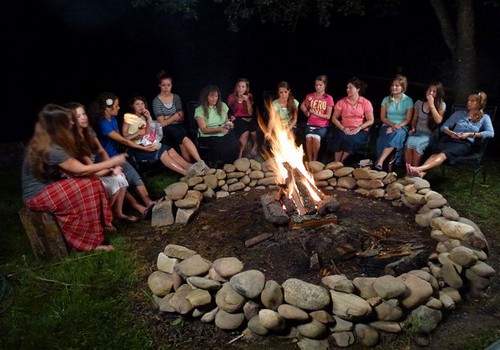 Tonight on TLC 19 Kids and Counting premiere with its eighth season.  On the premiere, “A Duggar Says Yes,” Jessa and Ben’s courtship becomes official, but the Duggar boys have a few questions for their potential future brother-in-law. Later, Jessa visits Ben’s hometown and goes on a double date with his parents.

If you have not watched the show it follows the Duggar family, which consists of parents Jim Bob and Michelle Duggar and their 19 children—nine girls and ten boys (including two sets of twins), all of whose names begin with the letter “J”.  The Duggars live in Tontitown, Arkansas, and originally appeared in several TLC and Discovery Health one-hour specials, most of which focused on four of Michelle’s last five deliveries.  Jim Bob Duggar has one older sister, Deanna, who occasionally appears on the show. Michelle Duggar has six siblings. The couple met in the early 1980s when Jim Bob Duggar and a fellow church member were sent for a follow-up visit after Michelle Duggar had experienced a religious conversion.[5] Jim Bob and Michelle were married on July 21, 1984.

On tonight’s episode when Ben and Jessa’s courtship becomes official, the Duggar boys put Ben to the test. Later, the tables are turned on Jessa when she visits Ben’s hometown. The whole family reflects on what it means that a Duggar daughter may soon be leaving the nest.

Tonight’s episode of 19 Kids And Counting begins with Michelle and Jim Bob discussing how proud they are of their daughter Jessa and her “courtship” with Ben. Apparently Ben asked Jim Bob and Michelle for permission to court Jessa, and they agreed. Ben also comes from a large family, and he is currently in college and works part-time as an auto-glass repair. After Ben and Jessa’s courtship was official, Ben announced it to all of Jessa’s brothers and sisters.

Ben sits down with the Duggar family for dinner, and they test him. If Ben marries into the Duggar family he will be the 27th member of the family. They test him to make sure he knows everyone’s name, and he gets through the entire roster. He gets a little mixed up once he gets down to the youngest couple of kids, but he pulls it off.

Later in the week, Jessa and Michelle plan to take a trip to Hot Springs to meet Ben’s family. Jessa’s sisters help her pick out outfits to wear while she is in Hot Springs, her sister Jinger is happy for her but still a little sad that she is courting first.
Jessa and Michelle head to the airport and board a tiny plane, her brother John is actually a pilot in training and he will be flying them to Hot Springs. When they arrive at the airport, Ben is waiting for them. He drives a pick-up truck, so Michelle rode in the middle between the two of them so that Jessa wasn’t too close to him.

Ben, Jessa, and Michelle arrive at the Seewald house and Ben introduces him to his parents and siblings. His parents are as excited about their courtship as Michelle and Jim Bob are. Michelle stays home and watches the Seewald children, and Jessa and Ben head off on a double date with his parents so that they can get to know Jessa.

Back home Jim Bob takes all of the kids out for pizza. Six out of the sixteen members of the Duggar family ate for free because they were under the age of 12, but Jim Bob still had to pay $97.49 for their dinner.

In Hot Springs Jessa and Ben are at the restaurant on their double date with Ben’s parents Michael and Guinn. His Dad asks Jessa what she thought of Ben when she first met him. Jessa confesses that she didn’t have high expectations when she first met him because she doesn’t want to get attached to a boy until her Dad approves of him. Ben describes to his parents the conversation he had with Jim Bob about courting Jessa.

The next day the Seewald’s have a potluck dinner, and all of their extended family come over to meet Jessa. Jessa and Ben manage to slip outside and eat together on the porch. They have to be chaperoned at all times, so they joke that Bill ( a member of their TLC camera crew) is their chaperone.

Michelle and Jessa finally head home to the Duggar house, and Jim Bob is excited to hear about their weekend together. Jim asks Jessa where they will live if she and Ben get married, he is hoping they choose to live close to the Duggar home. Jim jokes that now that Jessa is officially courting, he is going to receive phone calls from boys interested in all of his other daughters. He says it is “open season” on the Duggar girls.