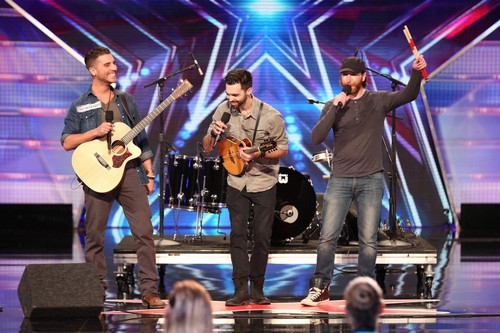 Tonight on NBC their hit reality talent show AMERICA’S GOT TALENT returns for the sixth episode in its ninth season where the auditions continue as the contestants continue to perform for the approval of the judges.

On last week’s episode, there were some great acts and some really weird acts. One of the most memorable acts was Mike Super. He claimed he was a “mystifier” not a magician. According to Mike, he had a supernatural spirit attached to him called “Desmond.” He called Heidi up on stage with him to assist him. He had Heidi hold a glass pitcher and instruct the audience to rub their hands together to create energy for Desmond to feed off from. The pitcher in Heidi’s hand suddenly shattered. The judges were thrilled with Mike’s performance, they all voted “yes” and agreed to put Mike through to the next round. Did you watch the last episode? If you missed it we have a full and detailed recap, right here for you.

On tonight’s episode of America’s Got Talent, the judges hold another round of auditions. Up first is a magician, who aspires to have his own TV show one day. He calls Mel up on stage to act as his accomplice. He puts staples in a staple gun and hells Mel shoot him in the head with the staple gun. No staples come out, and he is unharmed. Apparently the stapling gun was shooting blanks. For some reason the judges are blown away by the fact that no staples came out of the stapling gun, and Heidi, Mel, Howard, and Howie all vote “yes” and put him through to the next round.

Up next is the Hudson brothers, YouTube comedians from Atlanta. Emmanuel and Phillip take the stage dressed as women, and begin rapping about ratchet women. Howard Stern hits his “X” halfway through their act. He says that “it is all fun and games but at the end of the day he is looking for a million dollar act.” Mel B. on the other hand says that she loved it, and Heidi says she “really didn’t get it.” Heidi votes “no,” but they need three votes. Howie Mandell decides to use his Golden Vote and put the Hudson brothers through to the next round.

Up next is a 28 year old cowboy who does “trick roping.” Loop Rawlins takes the stage with his rope and begins spinning it and doing flips through it. Next, he lights his rope on fire and continues spinning it. The judges all agree that Loop “wowed them. Howard thinks he is unique so he votes “yes,” and so does Howie, Mel, and Heidi. Loop Rawlins is going through to the next round.

The next act to audition for American’s Got Talent is three roommates, who are in a band together called “Beach Avenue.” They perform an original song called “Coming your Way.” Mel and Heidi both give Beach Avenue a standing ovation. Heidi thinks that if their song was played on the radio a few times, everyone would be singing it. Howard says they “set the bar high for other bands.” Howie doesn’t think it is smart for musicians to sing original songs, but Beach Avenue are the exception and he enjoyed their song. All four judges vote “yes” and put the through to the next round.

Up next is Joe Matteriese, a stand-up comedian from New Jersey. The judges think that Joe is hilarious. Howard says that what he likes about Joe is, “he is teaching his son that life sucks.” Howie can’t believe that he has never heard of Joe before, and Mel exclaims you are “bloody funny.” All four judges vote “yes” and we will be seeing Joe again.

Sal, a war veteran and a singer takes the AGT stage next and blows the judges away. He reveals that he only has one leg, he lost the other in the war. The judges are unanimous and all four of them vote “yes” and decide to put Sal through to the next round.

Joe “The Bird Man” performs next for the America’s Got Talent judges, and brings his bird Tika along with him. He claims he is going to show the world, “a talking bird like they have never seen before.” Tika sings “Hush Little Baby” to the judges and “Happy Birthday” to Mel B. All four judges vote “yes” and we will be seeing Tika again.

31-year-old Kelli Glover was rejected five years ago by the AGT judges, but she is ready to give it another shot and sing her heart out. All four judges give Keli Glover a standing ovation. Mel is shocked that she was cut by AGT before. Howie agrees and says Kelli is, “just a dream.” Howard Stern says she “has a real gift and it is fabulous.” Heidi says that her singing made her hair stand up. All four judges vote “yes” unanimously, and agree to send Kelli on to the next round of America’s Got Talent.

Darik Santos, a security guard, tries out next for America’s Got Talent with his stand-up comedy routine. Howard says “you are a bit polarizing, but I get you. You are the type of guy I will remember, because you are different.” Heidi says she likes Darik very much, but she doesn’t think he is a million dollar act. Heidi votes “no,” but Howard, Howie and Mel all vote “yes” to put Darik through to the next round of AGT.

A shy secretary named K. Lynn Baker sings for the America’s Got talent judges next. Before she finishes her song, Heidi and Mel hit their buzzer. The judges like K. Lynn, but they are unimpressed with her singing. She did have some interesting dances though. Unfortunately K. Lynn won’t be going through to the next round of AGT.

84-year-old Ray Jessel has only been performing since he was 72, but he is ready to audition for America’s Got Talent. He sings the judges a song he wrote himself. His song turns out sweet, and then he begins singing about his girlfriend’s penis. The judges and audience are shocked, and begin laughing hysterically. After his performance he tells the judges it is based on a true story. Howard thinks Ray is a “breath of fresh air.” Mel thinks Ray is a “naughty, funny, dirty old man.” Howie agrees and exclaims that he loved Ray and he “can’t see enough him.” All four judges vote “yes” to Ray’s performance and put him through to the next round.