BY Heather DiPietro on May 12, 2014 | Comments: 15 comments
Related : Dancing With the stars, Reality TV, Recap, Television 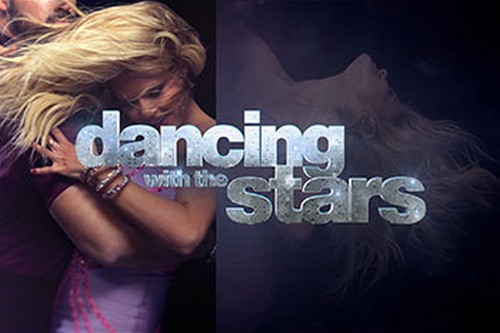 Dancing With The Stars is back tonight with a whole new episode of glitz and glitter. On tonight’s Semi-Final episode another elimination occurs after the ninth week of performances, featuring Kenny Ortega as the guest judge. The contestants perform two dances each, to music by both legendary and current American icons. Also: a dance tribute to classic Hollywood.

On last week’s episode Reality television personality and professional choreographer Abby Lee Miller of “Dance Moms” joined as a guest judge alongside Len Goodman, Bruno Tonioli and Carrie Ann Inaba. Abby is no stranger to the world of competitive dancing, Abby brang a unique perspective and surely didn’t hold back from articulating while seated at the judge’s table. The anticipated quarter finals began as Pro Mark Ballas made his solo recording artist debut singing his new single “Get My Name,” along with his band and the house band “Ray Chew Live.” Then, the remaining couples performed an individual dance and the first ever “Celebrity Dance Duel.”  Did you watch last week’s episode?  If you missed it we have a full and detailed recap, right here for you.

On tonight’s episode Emmy Award winning director and choreographer Kenny Ortega makes his “Dancing With The Stars” debut as a guest judge on American Icons Night when he sits alongside Len Goodman, Bruno Tonioli and Carrie Ann Inaba, on the ABC Television Network. The semi-finals begin as the five remaining couples must rise to the challenge of performing two different routines to music by legendary and modern American Icons. The couples will perform a variety of dance styles including Foxtrot, Rumba, Jazz, Viennese Waltz, Quickstep, Samba, Cha Cha, and Jive. At the end of the night, one couple will face elimination leaving only four couples to move on to the Finals.

Tonight’s show opens up with an introduction of the finalists.  Kenny Ortega is introduced and he is looking for the celebs to surrender to each other and take him to a place he has never been.

RESULTS – WHO MADE IT TO THE FINALS

Judges comments: Len: “Well tonight is all about pressure.  You have two new dances tonight.  The pressure got you a bit.  A few mistakes, but I understand. You are the first one out. I Understand.”  Kenny: “You are blowing me away week after week.  Your determination I have to give it to you.  I saw you surrendering yourself to the partnership.”  Bruno: “You started it very well.  If you go wrong cover it. Don’t show it on your face.  It is part of learning to perform.”  Carrie Ann: “We have all been there we have all messed up. But you continued on you trusted Mark and you surrendered to Mark and trusted him.”

Judges comments: Kenny: “I am so glad that I get to go first.  Bring out the champagne.  Indescribably delectable.  It was like you were the toast of New York.”  Bruno:  “You started as Fred Astaire and finished as Baryshnikov.” Carrie Ann: “Last week was your best week and this week you just smashed me in the face.  Brilliant!”  Len: “Just right tonight Charlie White.  End of Story.”

Judges comments: Bruno: “My jaw was dropping on the desk.  If I was not watching this live I would have thought you were on wired.  It was incredible.”  Carrie Ann: “Amy you know what the best part of it was you were in full throttle dancing with passion.  Took my breath away.”  Len: “Technically this was your most challenging.  Watches you inspires me to do something.”  Kenny: “Amy do Oprah and I a favor and bring this team back next week.  My Mother is here tonight and we call you triple Amy.”

Judges comments:  Carrie Ann: “James we have seen Michael Jackson 100 times what you did tonight was spectacular you gave us MJ James Maslow style. It was fantastic.”  Len: “It was fantastic. Some Michael Jackson and enough Cha Cha.  It was a terrific number, well done.”  Kenny: “Good job my man, you put your heart and soul in that and it was electrifying.”  Bruno:  “You were on fire.  All in all, a criminal of a cha cha cha.”

Judges comments: Len: “No peril Meryl that was fantastic!”  Kenny: “You were ice skating tonight your kicks and flicks were sending spark up off the floor.” Bruno: “The King and Queen of Rock and Roll.  All the moves were perfect and stylistically it was perfect. perfect!” Carrie Ann: “First of Maks did you kiss me? Meryl what have you done you turned Maks into warm and fuzzy.  Meryl usually a jive everyone wear ornate costume to create more movement.  You didn’t do that and the dance was still perfect and looked perfect.”

Judges comments: Len: “There was nothing nasty about that it was crisp and clearn. I thought it was fantastic.”  Kenny: “You’ve done it again it reminded me of the great ladies of Broadway.”  Bruno: “I’ve never seen that side of you before.  Nasty but Tasty.  They are right you were very tight.  You did it well!”  Carrie Ann: “I’m impressed you rehearsed the heck out of that numbers. I would love to have seen to see a tad more attitude but I am proud of you.”

Judges comments: Kenny: “I thought it was clean, committed and precise.  Lacking a bit of funk.”  Bruno: “Samba is about carefree fun.  But Kenny is right you have to hit the rhythm stick.”  Carrie Ann: “I am a little sad you are in jeopardy.  I want to live in Charlie’s world the joy you have is what dance is all about.  It was a little flat footed.”  Len: “It looks a little heavy at times.  Tonight is all about who deserves to be in the finals and you deserve to be in the finals.”

Judges comments: Bruno: “I’m telling that was another classic moment on DWTS.  Week after week you keep surpasing yourself.  This was classic jazz at its best.”  Carrie Ann: “Girl you were working it.  You killed that routine.  In the side-by-side there was one off moment.” Len: “I watch that and Derek I solute you that was fantastic.”  Kenny: ” Derek you redefine choreography for this generation.  You said pressure does not exist you create it yourself.  It was so clear, that was perfection.”

Judges comments: Carrie Ann: “My contacts got a little foggy.  The Rumba is the sexiest dance.  You did not disappoint because your dancing was totally on par, it was well rehearsed. Its the determination and effort you put in.  I think you are the smartest competitor we have.”  Len: “You lose connection between your hands and your arms.  It lacked a little bit of expression, but your arms are a lot stronger. Overall it was good.”  Kenny: “You have to extend that sexy into your hands.  It was tight and sexy.”  Bruno: “I felt like islands in the steam.  Your determination is amazing.  You work so hard on your feet and it shows.”

Judges comments: Len: “What I loved was the fact that you took that right on the edge.  You went for it 100% and I loved it.”  Kenny: “You blew me away last week and you did it again. Power, grace everything you could ask for in a partnership.”  Bruno: “It had a grand cinematic sweep,  I was watching it was fabulous.  The role playing is out of the role and your dancing magnificent.”  Carrie Ann: “I find you to be, what you do is incredible.  You bring the power, grace and everything to your performance.  You are fantastic and you better not go home.”