POLL: Who Will Be Voted Off Dancing With The Stars Final Six – Season 18 Week 8? 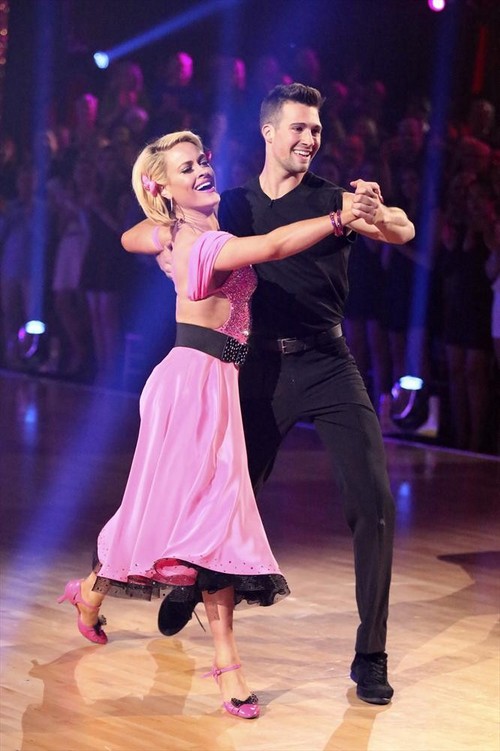 Dancing with the Stars will be returning Monday night with an all new episode, one that’ll result in another couple being sent home. So which team will see their dreams crushed? Which celebrity will have to turn their back on that glittery, sparkly mirror ball trophy for good? We’ll just have to find out!

On last week’s episode (click here for recap with all dance performance videos), we said goodbye to NeNe Leakes and her partner Tony Dovolani, which probably didn’t surprise many people given the fact that she received one of the lower scores of the night. She was great at selling her character, amazing at channeling whatever role she was playing, but when it came down to it . . . . well, there are many other dancers in the competition with stronger technique. In this game, as you know, dancers need both good technique and strong acting ability to come out on top.

So who’s going to be sent packing? Will it be Danica McKellar and Val Chmerkovskiy; James Maslow and Peta Murgatroyd; Amy Purdy and Derek Hough; Candace Cameron Bure and Mark Ballas; Charlie White and Sharna Burgess; or Meryl Davis and Maks Chmerkovskiy?

As always, it’s going to be hard to say goodbye to another couple, but we’re excited to see who has what it takes to remain in the running for that mirror ball prize! Don’t forget to vote in our poll below. And feel free to leave comments regarding this season in the comments section below.