BY Nicholas Sanford on March 21, 2014 | Comments: one comment
Related : Dancing With the stars, Spoiler, Television 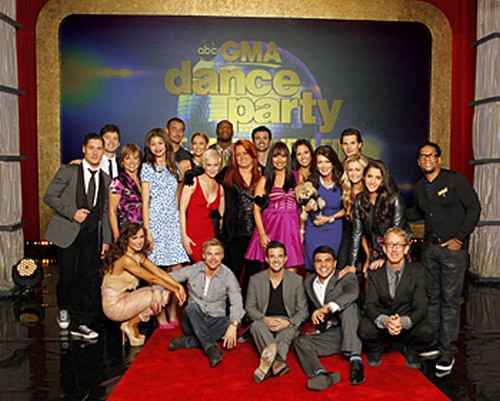 Dancing with the Stars totally spiced up the ballroom when it returned for its season 18 premiere — and now we’re hooked. We NEED more hot moves and sexy choreography ASAP! Thankfully, we’ve got some spoilers to tide us over until the upcoming episode, which airs this Monday at its normal time. The big question on everyone’s mind at the moment is what can we expect from the dancers moving forward? Well, we’re here to tell you. The end of the Dancing with the Stars season 18 premiere left everyone with a twist: the Week 2 dance styles/assignments were revealed live!

Before production began, the Higher Powers That Be asked each celeb what style they were most looking forward to dancing — or, more specifically, learning to dance. The contestants might’ve been a bit blindsided when they were told that these would be the styles they’re responsible for presenting in Week 2! They haven’t even gotten their dancing feet warmed up yet!

Let us know in the comments section below what dance style+couple you’re most looking forward to watching on DWTS this Monday!