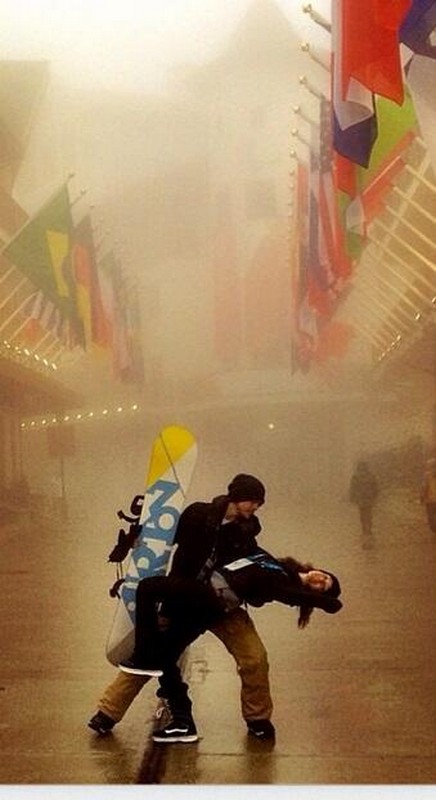 Three-time World Cup Para-snowboard Amy Purdy danced a Cha Cha Cha, on tonight’s season 18 premeire of Dancing with the Stars. For the first time ever the show will premiere with a massive opening number featuring all pro dancers as they perform live with musical guest Jason Derulo.   We posted a nifty bio of Amy Purdy so you can get more familiar with her.  If you missed tonight’s show you can read a full and detailed recap, right here.

Amy Purdy and professional dancer Derek Hough: dancing a Cha Cha Cha.  Amy has been getting ready for her dance tonight.  She tweeted, “Oh #Jetlag. I thought by dancing till 11 and going to bed at 1 would put you in your place. Up at 5:30 with enough energy to run a marathon.”

Judges comments: Len: “We can’t judge you any different than any other star.  It is all about the dancing.  You got a gold medal tonight in the Cha Cha.”  Bruno: “We have wonder women, timing, shape, performance level, I am gob-smacked.”  Carrie Ann: “I am shocked.  You are a beacon of light in this world.  It was a honor to watch you dance.”