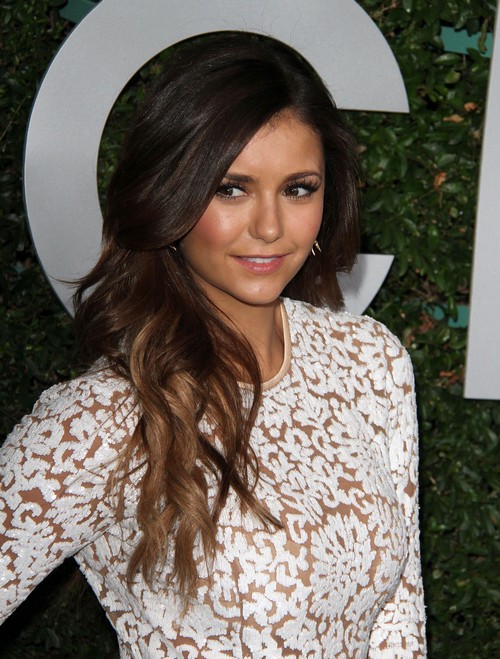 Ian Somerhalder knows by now about Mark Foster and Nina Dobrev but has yet to make a public statement or even react noticeably other than on the set of The Vampire Diaries. Ian Somerhalder and Nina Dobrev continue to make headlines for something that is completely out of their control. But you know what? That’s what happens when you’re on The Vampire Diaries, one of the most popular teen shows on television, and you decide to date your CO-STAR! Yes, Nina Dobrev and Ian Somerhalder broke up last year, and yes, they’ve been linked to other people since then. However, in the interest of professionalism, they are still forced to do scenes together, and oftentimes, many of those scenes are love scenes.

Now, what happens when we break up with someone? We stop seeing them, we avoid hearing about them, and we basically dodge anything that reminds us of them. Now, what happens when that same breakup happens in the context of a TV set with co-workers? Not just co-workers at any old job, but co-workers that are actually forced to continue making out? Well, it’s not a happy scene. The resentment stays, the feelings of hurt, betrayal, and longing stay, and it’s generally a clusterf*** of unpleasant emotions. And when the inevitable moment comes when one or both of them starts dating other people, that resentment boils over into the set, and threatens to turn everything to Defcon 1 level.

That’s EXACTLY what happened with Ian Somerhalder and Nina Dobrev, whom we are told don’t really talk to each other anymore. However, now that Nina supposedly has a new boyfriend, Mark Foster, it’s made things even more awkward. For one thing, Ian already has a new girlfriend, Nikki Reed, so it’s not like he can complain – but that doesn’t mean he can’t glare. For another, it’s interesting to see how Ian will react to this whole Nina Dobrev Mark Foster boyfriend situation, considering that he and Nikki often rub their PDA into other people’s faces.What do you guys think?