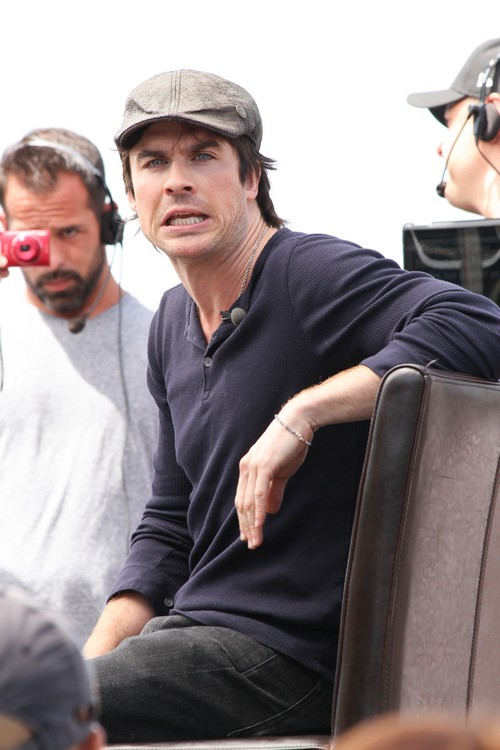 Ian Somerhalder may have convinced Nina Dobrev are big stars on The Vampire Diaries and Damon wants Elena to give him another chance – but will their relationship ever work if she’s constantly hooking up with other men? Yes, they’re not exclusive, but that doesn’t mean that it’s because both of them want to play the field. Sources tell us that Nina and Ian have differing opinions on their reconciliation, with Ian wanting to settle down but Nina wanting to have fun and keep an open relationship.

Can you blame her, though? She’s so young, and getting tied down – especially to someone a decade older than her – seems like a big commitment. Plus, her entire career is ahead of her, not to mention numerous chances for PR relationships and publicist-approved hookups. If she decides to throw that all away for Ian, she may be jeopardizing her career and future in Hollywood.

It sounds harsh, I know, but that’s unfortunately how Tinseltown works. It’s not all rainbows and sunshine, and relationships are a big part of your personal brand – the brand that you’re selling to studios to convince them to hire you for parts. Unless your relationship has hit Brangelina or Robsten levels of publicity, being in a steady relationship would only harm your career in Hollywood.

For now, it doesn’t matter, but don’t think all this hasn’t already crossed Nina’s mind. Ian, on the other hand, is already 35 years old and wants to settle down, get married, and have children. He believes that Nina is still the love of his life, and he wants her to feel the same way. But she’s still sleeping with other dudes, and doesn’t seem interested in a committed relationship right now. So should he wait around, or throw in his cards and move on?

What do you guys think?