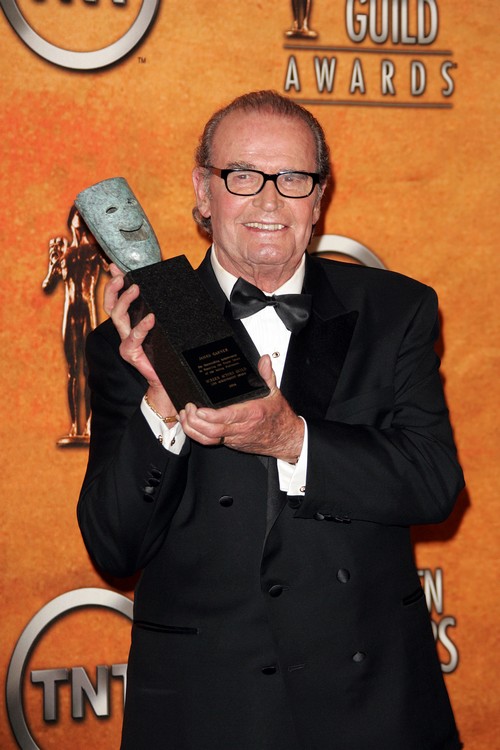 Hollywood legend, actor James Garner whose career spanned five decades died Saturday July 19th, 2014.  James passed away in his home in Los Angeles.  According to TMZ an ambulance was dispatched to his home and he was dead on arrival.  No cause of death has been determined at this point.

James was best know for both his television and movie roles.  He career began in the western-comedy television series Bret Maverick, Maverick and on the Rockford Files where he portrayed Jim Rockford for six-years.  James was one of the first actors in Hollywood who made the transition from television to movies.  He appeared in more than 50 films and his role in The Notebook got him an Oscar nomination.

James had one of the longest marriages in Hollywood he married his wife Lois Clark in 1956 after just two-weeks.  James is survived by his wife Lois, his  daughter, Greta “Gigi” Garner and and an adopted daughter, Kimberly, from his wife’s first marriage.