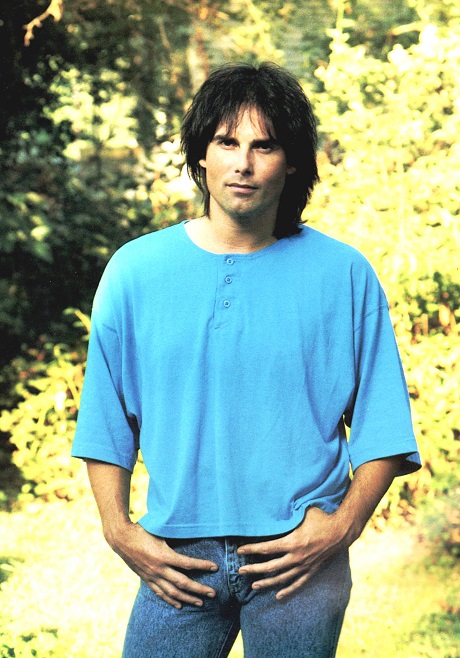 Jimi Jamison, perhaps most famous for his role as lead singer of the band Survivor, died in his home on Sunday night after suffering a heart attack. The musician was 63 years old and his booking agent confirmed the news. Jamison joined the band in 1984 and led the band to great hits such as “The Moment of Truth,” “The Search Is Over,” and “Is This Love.” And here’s a little fact for ya so you can win that next round of trivia: Jamison co-wrote the theme song for that epic show known as Baywatch. Betcha didn’t know that, did ya?

Jamison joined the group after the band experienced the high of the major hit “Eye of the Tiger.” But Jamison didn’t let the idea of him joining such a popular band get to his head. “After ‘Eye of the Tiger,’ the fans wanted an album full of songs like ‘Eye of the Tiger.’ An average or a good album wouldn’t be enough,” he said in an interview with The LA Times (1985). “The band needed a great album and some huge hit singles. But it didn’t happen. I did a lot of screaming in those other groups,” he said. “I got a little tired of it. I don’t lose my voice as much on this kind of singing.”

We’re very sorry to hear about this loss and our thoughts go out to his surviving friends and family. The news of his passing was released in a statement posted on his Facebook page on Monday evening. The statement has been reproduced in full below:

“We are saddened and heartbroken to announce the passing of a great musician, loving father and grandfather, and overall extraordinary, giving, and kindhearted human being,” the post said. “He’s loved by so many, most of all his family, and he will be incredibly missed by all. Please keep his family in your prayers, and please give them the privacy they need during this extremely difficult time. Thank you all for your condolences and kind words.”