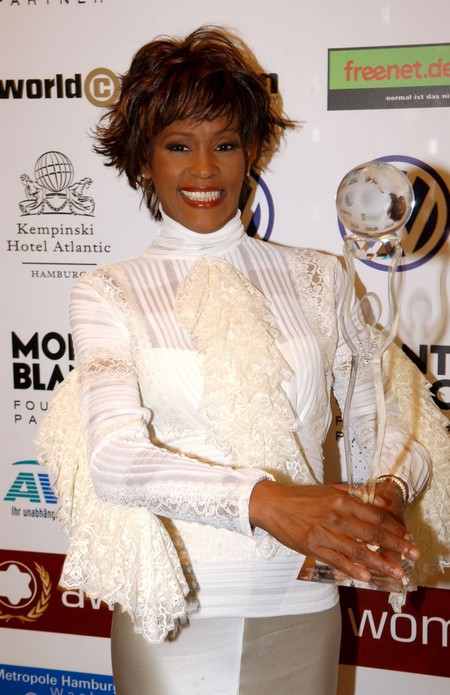 Whitney Houston final autopsy report says she died of a cocaine overdose and a bloody discharge was running out of her nose when she was found dead.  Whitney’s final autopsy report also says that cocaine, a spoon with cocaine, and a rolled up paper for snorting cocaine were found in her hotel room along with other drug paraphernalia.  There was also permanent damage to Whitney’s body – her heart, blood vessels, and nasal septum, from chronic cocaine abuse.  The coroner can call Whitney’s death an ‘accidental drowning’ but that is bullshit.  Cocaine killed Whitney – plain and simple – as you will read below.

TMZ Reports:  A “spoon with a white crystal-like substance on it” and a “white powdery substance” — which we know was later tested and determined to be cocaine — was found in the hotel room where Whitney Houston died … this according to the singer’s final autopsy report.

The report , which gives a detailed description of Whitney’s room when officials arrived, says “Located on the south portion of the counter was a small spoon with a white crystal-like substance in it and a rolled up piece of white paper, along with other miscellaneous items.”

“Located in the top drawer, in the north side of the counter were remnants of a white powdery substance, and a portable mirror on a base.” Officials found more white powder on the base of the mirror.”

The report also states, “[Whitney] possibly overdosed on a narcotic substance, prescription medications, over the counter medications and alcohol.”

According to the report, Whitney’s body was discovered FACE DOWN in the bath tub … with a “bloody purge coming from her nose.” Officials say there were no signs of foul play.  The report notes Whitney had a history of substance abuse … which was evident by a “perforation of posterior nasal septum.”

The singer’s official cause of death is listed as accidental drowning — but heart disease and “chronic” cocaine use were contributing factors.

As TMZ previously reported, Whitney had cocaine in her system at the time of her death — which tests showed she used immediately prior to her death.

As we previously reported, Whitney was found dead in a bathtub on Feb.11 at the Beverly Hilton hotel.

Whitney Houston lost her life because of drug abuse.  She would be alive today if she had been able to stop taking cocaine – but she was unable to do that.  R.I.P. Whitney.