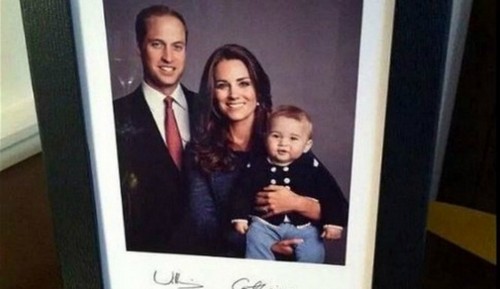 Kate Middleton is probably ‘working’ harder than she ever has in her entire life, thanks to Queen Elizabeth, which is saying a lot. After Kate’s NYC trip in early December our sources tell us that The Duchess of Cambridge will vanish from public view while her baby bump grows as she plans to take a three month final trimester second pregnancy vacation! We don’t expect to see much of pregnant Kate after Christmas at all as she will be out of the public eye until her second baby’s birth.

After Kate’s Hyperemesis Gravidarum [otherwise known as acute morning sickness] calmed down, the royals decided to jump on the opportunity before Kate got lazy and send her out on every possible royal engagement they could find. In other words, Kate Middleton’s been forced to play dress up and make several public appearances a week, whereas she would make maybe one per month.

Now, sources are telling that Kate has already started reaching burnout level, especially since she’s pregnant and still recovering from the morning sickness. The royals with Queen Elizabeth at the helm haven’t let up in the past month, since they had to do some major damage control after rumors of Kate Middleton and Prince William fighting hit the interweb. Let’s not forget that Kate stayed at Bucklebury with her mom well past the time her morning sickness faded. Queen Elizabeth did more or less order Kate Middleton and Prince William to suck it up, make up on their Balmoral Babymoon, and make all those appearances, and guess what? It worked. Nobody’s talking about their marriage problems anymore, but rather their upcoming trip to NYC and how much it sucks that Prince George won’t be there.

Honestly, if you asked me, I would just say that bringing Prince George along on every trip is the perfect distraction to literally ANYTHING else that might be going on. Nobody cares about the royal couple or Kate Middleton’s sickness when Prince George is wandering around, trying to beat up animals and whacking other children in the face. However, Prince George won’t be there, and if you’re a royal watcher, you better savor this while you can; according to our impeccable palace sources, Kate’s NYC trip will be one of her last public appearances before she disappears for the remainder of her second pregnancy. Sure, she actually has a legitimate reason for disappearing, but I still say that laziness is playing a huge part in it.