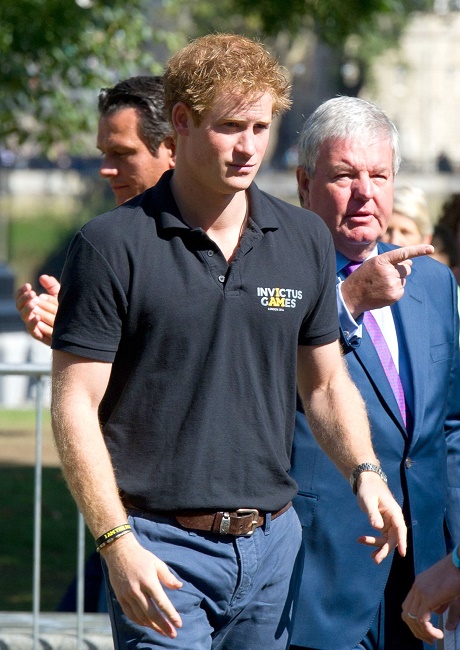 It doesn’t take a genius to figure out that Kate Middleton and Prince William are sick and tired of the constant attention bestowed on them by the world’s media. William’s genuinely protective of his privacy [especially after what happened with Princess Diana], and Kate? Well, let’s just say that she totally knew what would happen by going after Will, but after giving birth to Prince George, she’s definitely become less attention-seeking. I wish we could say the same for her sister, Pippa Middleton, but I digress – that would take us into a whole different rant.
Coming back to the topic at hand, we’ve been hearing from several sources that both Kate and Will are putting pressure on Prince Harry to get married to Camilla Thurlow, and fast. Now, they don’t want him to get married for any of the reasons that Queen Elizabeth or Prince Charles want Harry to get married [become respectable, have babies, not ruin the royal reputation, etc.]. No, they want him to get married because they think that when he does, it’ll take the attention away from them – at least, temporarily. And then, Kate and Will can go get pregnant and have their second baby in peace.
Again, it’s obvious that Will and Kate have been chafing under the intense media spotlight for some time now, which is the biggest reason they’re moving to Anmer Hall. But if Harry does get married, then they’ll be able to take a small break away from making public appearances and appearing in tabloids. Instead, Harry’s wedding to Camilla and the subsequent tabloid stories will keep the attention at bay for a while. Now, I think the public will always be more fascinated with Will and Kate than Harry, even if Harry is infinitely more gossip-worthy. The simple fact of the matter is that Will is the official ‘heir’, and Kate is his wife.
What do you guys think? If Harry does get married, do you think that will keep the spotlight away from Will and Kate? Or will the glare on the entire royal family just intensify? Let us know your thoughts in the comments below.
Image credit to FameFlynet