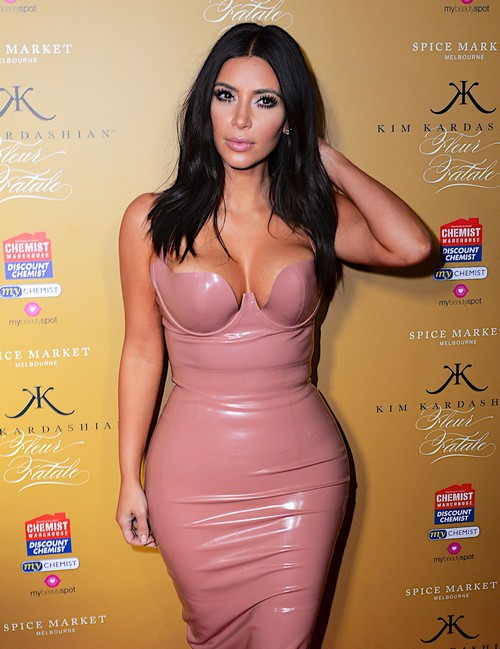 Another day, another reason for Kanye West to be file for divorce from Kim Kardashian. On the heels of CDL’s report that Kanye was super angry over wife Kim Kardashian neglecting to include “West” as part of her last name on the Paper magazine cover where she showed the world just how easy editing nude photos of her can be, Kim has got her hubby even more upset—but this time she has nothing to do with it.

Vivid Entertainment has shared that video sales for the sex video she created with one-time love Ray J have skyrocketed since the Paper cover, bypassing even the former highest seller starring Pamela Anderson and Tommy Lee. Kanye West sees the video as a reminder of her past and feels it is a slap in the face to have it come up again, especially since he and Ray J have shared some unkind words and lyrics among one another. Kanye hates Ray J, mainly because he knows Kim was super attracted to him and because Ray J is super arrogant about it, even having penned a song, “I Hit it First” that mocks Kanye and the other men who have had a piece of Kim AFTER him.

Kanye West has worked hard to change Kim’s image and the way people see her. He had to work overtime to get Anna Wintour on board just to get Kim an invite to the big Met gala. From his efforts, Kim was even allowed to appear on the cover of Vogue with her hubby and daughter North West.  He feels this is a big setback and is even more pissed about Ray J banking off the sales. Ray J has shared that while he was making around $90 thousand per quarter in royalties from the sex tape, he just banked $50 thousand in one week since the Paper cover.

Kanye feels that he once had control over Kim, but things are beginning to spin out of his control and it seems Kim is pulling farther and farther away. As CDL reported earlier this week, Kim was spotted visiting Disso Queen Laura Wasser’s office. She represented Kim in her divorce from Kris Humphries. Now that the video sales have jumped, Kim is even more confident that she can do fine all on her own, and doesn’t need Kanye anymore as she has gotten everything she wanted out of him. Keep checking back with us CDLers, because we will be sharing all the hints and signs leading up to Kim K divorce #3!