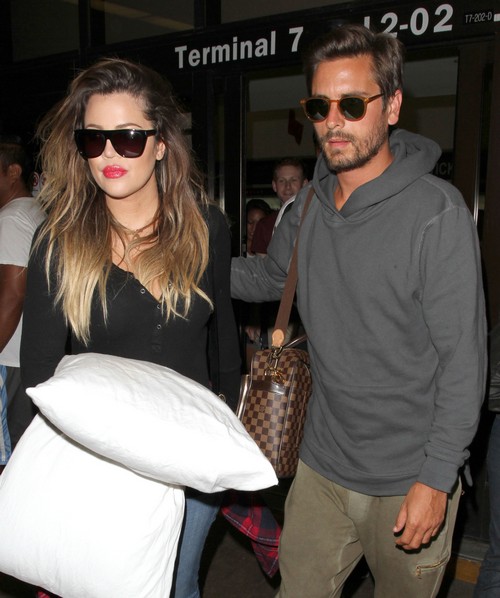 Wow, I never thought that I would actually agree with something that Kris Jenner is insisting upon! While most of us on the outside looking in can see that French Montana hasn’t exactly been the best boyfriend selection for Khloe Kardashian, it seems that momager Kris couldn’t agree more. She sees the rapper as the fame-hungry, stage 5 clinger that he really is and has point blank told Khloe to cut her losses and fast.

We’re talking about Kris here though so of course there’s a catch. Kourtney and Khloe Take the Hamptons is set to premiere on Sept. 14th and it is doing a great job of documenting Kourt’s drama with drunken baby daddy, Scott Disick. Khloe hasn’t had much of a story line aside from partying and being Kourtney’s cheerleader so according to the Aug. 25th print edition of Star Magazine, Kris hatched a plan. She is strongly leaning on Khloe to dump French, preferably on camera. It’ll cut the dead weight that this clown inevitably is and it would also give Khloe a dramatic story line.

Supposedly Khloe would really like some drama that doesn’t involve crying over her busted marriage to Lamar Odom. It sounds like she is actually contemplating pulling the plug with French while E!’s cameras roll. Sources say that Khloe is a bit afraid of embarrassing her current man in such a public way but that feeling could be offset by the reality that he has had no problem making a fool out of her while cavorting with other women. What do you think that Khloe will ultimately choose to do? Will she destroy her fling on camera or will she keep it going and keep rolling with this guy rather than being alone? Tell us your thoughts in the comments below.