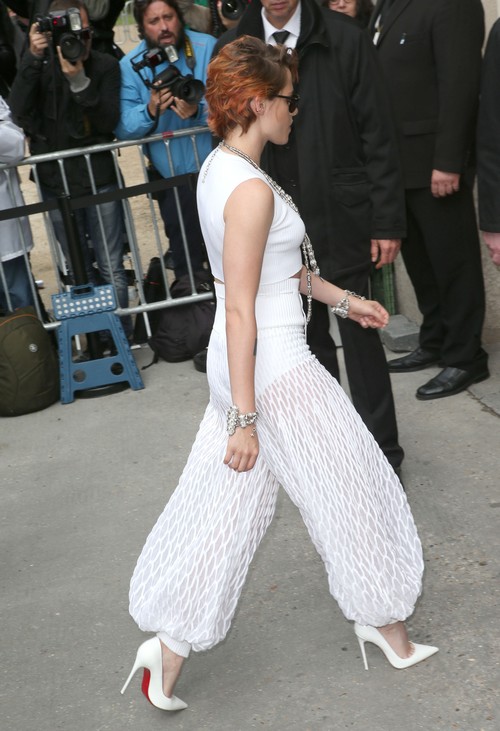 Robert Pattinson isn’t even hiding his relationship status anymore, and he’s blatantly letting the whole world know that he’s single and ready to mingle. Yes, he may still ‘keep in touch’ with Kristen Stewart, but he sure as hell isn’t waiting around for her. In fact, it was actually the other way around, with Kristen reportedly begging Rob for another chance all these months. She’s stayed single since their most recent breakup as an effort to win Rob back, even though Rob has only gone from fling to fling.

What’s probably more jarring and hurtful to Kristen is that most of Rob’s flings have been with her friends – or ex-friends, as it may be. But Kristen’s not one to sit around and mope, and sources tell us that she has a plan: get even.

She wants to make Rob jealous and angry, and the only way to do that is to get a new boyfriend. All this time, she waited and waited and didn’t act on any attraction to other dudes, but it’s clear at this point that Rob’s not taking her back. Thus, Kristen’s new plan is to get a boyfriend, and shove it in Rob’s face. After all, isn’t that what he’s been doing with his recent hookups, albeit unconsciously? I doubt Rob wants to outright hurt Kristen, especially if they’re still talking and spending time together. But I doubt he really cares about her feelings as much as he used to, and rightly so. Nobody should have to think about their ex-girlfriend, especially when she’s the one who cheated on him.

Either way, we’ll have to see how long it takes Kristen to succeed in her boyfriend-finding mission. Will it be Kristen who ends up in a publicized rebound relationship first, or will Rob beat her to it?