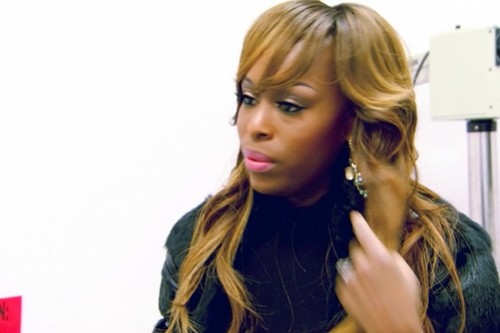 Tonight on Bravo, Married to Medicine returns with an all new episode called, “The Queen Bee Gets Stung.” On tonight’s episode, Toya shows off her new extravagant home to Dr. Heavenly who has a lot to say.

On last week’s episode Quad and Toya faced off with Mariah in the courtroom, lending their support to Reco Chappelle, as he disputed Mariah’s restraining order. Meanwhile, Jackie was visited by her stepdaughter Kursten, who revealed something surprising. Later, Mariah decided to extend a peace offering to all the ladies by inviting them to the launch of her new business venture. Then, after all her hard work, Lisa Nicole unveiled her design collection to Atlanta and the world.  Did you watch last week’s episode?  If you missed it we have a full and detailed recap, right here for you.

On tonight’s episode Toya shows off her new extravagant home to Dr. Heavenly who has a lot to say. Meanwhile, Quad is finally ready to launch her puppy couture line with a fabulous fashion show. Everyone, except Mariah, shows up to support Quad. Will Quad succeed at getting the investors she needs to help her company take off?

Quad confronts Simone; Toya shows Dr. Heavenly her new home; Mariah is disappointed when some of the ladies stand her up at the Cinnamon Girl launch party; Quad launches her puppy couture line with a fashion show.

Tonight’s episode begins with the ladies busily starting their day with the morning routine. Dr. Heavenly visits Toya at her new home. Toya is gleefully showing her around but Heavenly continues to question how she is affording everything in a bit of a passive aggressive way. Toya is spending, spending, spending and she thinks the other working wives are jealous of her lifestyle. Heavenly cannot believe the irresponsible things she wastes money on.

Lisa Nicole comes over to visit Quad. Quad, if course, brings up Mariah again and tries to keep as many ladies on her side as possible when she tells Lisa Nicole about Simone’s comments at the fashion show. Quad is waiting in the exam room for Dr. Simone to talk birth control and…..of course…the Mariah situation and the conversation they had at the fashion show. Simone explained her feelings and said she still wants a friendship with Mariah. Though Quad tries to push her into agreeing with her that Mariah should be out of the group, she cannot. Simone shares that she wants to be able to be friends with both without there being any bad feelings. They agree and talk birth control as Quad shares that she cannot have a baby right now at this stage in her career.

Quad arrives at the office of her investors and tells them about where she is at. They cannot believe she is so behind and are only just having a fitting now. Rico and Quad assure the investors that everything will be done in time. They are very insecure about the whole thing and don’t see how it is possible that Quad and Rico can pull this off. They refuse to write the check on the second installment because they don’t believe Quad has lived up to her promise. She tells them they can write it tomorrow because they will see that everything will be done. It has to…the show is tomorrow!

At the Cinnamon Girl launch party, Mariah is excited to greet her guests. Heavenly arrives first and doesn’t see anyone she knows. Simone arrives and runs into Mama Lucy, who gives her a hard time. Simone cannot believe she is saying anything to her since she is the only one who has been in Mariah’s corner. Mariah makes her grand entrance and mingles with the crowd. Mariah thanks Simone and Heavenly for coming. Heavenly asks about the other ladies. Mariah shares that she invited everyone and has no idea where the other ladies are. Mariah tells the ladies that she is doing nothing to mend the relationship any longer with Quad or anyone despite the ladies prodding her to make up with Quad. Mariah feels used by many of the ladies.

Quad arrives at the venue for the show. She works to get everything ready. Shortly after everyone begins to arrive. Dr. Zelda, Quad’s friend, arrives late and is upset that Quad gave her dog’s outfit to someone else because her dog has many people coming to see her tonight and she was expecting that outfit. Quad blows up and tells her to leave. As she is sending dogs out on the runway, she finds out a dog and owner went home because they were tired of waiting. The show is way behind. A last minute change includes having Heavenly and her dog walking the runway. Once the show is over Quad talks to her investors and gets her check. As Quad is still on her high, her hubby gives her a pat on the back for the great job she’s done. She just does NOT seem that into her husband. Could this be the reason for holding off on having a child?

Quad says goodbye to the ladies and they all bond and share loving comments about their friendship. They are all now ready to move forward, and that means…without Mariah apparently. Next week is the reunion special and it will be really juicy!