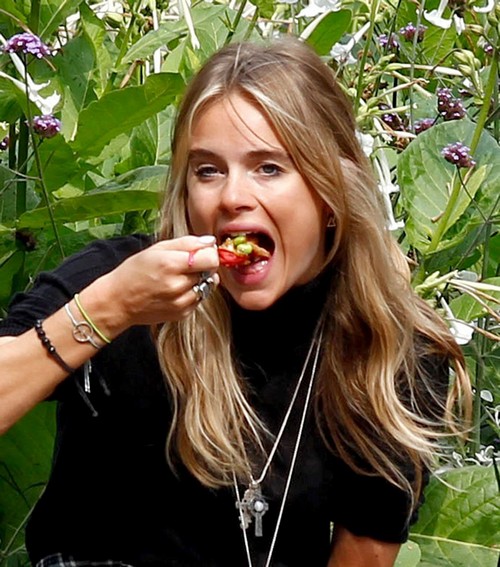 Prince Harry was caught hooking up again with Cressida Bonas much to the chagrin of Queen Elizabeth and Kate Middleton, not to mention Camilla Thurlow who gave it all up to the prince in the hope she’d become a princess. Queen Elizabeth gives Prince Harry much more leeway than she does with other members of the royal family, but there’s a limit to how far her patience can be pushed. She’s not a happy camper right now, even though Scotland decided to stay with the UK in a historic referendum vote. But even that wasn’t enough to keep her mind off her younger grandson’s lousy taste in girlfriends.

See, Harry was all set to get engaged to Camilla Thurlow, the respectable, non-famewhore, low-key, high-society beauty who also bore a marked resemblance to Kate Middleton and was committed to charity and philanthropy. Except he was then spotted on a secret movie date with his ex-girlfriend Cressida Bonas – you know, the one who supposedly dumped him because she chose becoming a movie star above getting married to a prince.

Now, I’m totally not blaming her for having career goals – good for her on that end, seriously. But the whole thing came off as a bit… manipulative, no? If she wanted to become a movie star, she shouldn’t have gotten into a relationship with Harry in the first place. Everybody knows royals can’t really have proper careers, and right now, Harry’s not in the position to have a ‘casual’ relationship without a possibility that it will go further. And yet, he decides to go on dates with Cressida while he has literally the perfect wife-in-waiting. Dude. All the Invictus Games excitement has clearly gone to his head.

Maybe all the engagement and marriage talk scared him off. I mean, the guy has only known Camilla Thurlow for a few months. Perhaps he needed some familiarity, and decided to seek out the comfort of an ex-girlfriend. Better Cressida than Chelsy Davy, right? The Queen wouldn’t have had too much of a coronary at that or anything.

It’s also upsetting for Kate Middleton and Prince William, both of who want to see Harry settled down and married as soon as possible. But with Harry playing ping pong with all of his girlfriend choices, I don’t think that’s happening anytime soon.