Project Runway Under The Gunn RECAP 3/13/14: Season 1 Episode 9 “Trouble in the Lounge” 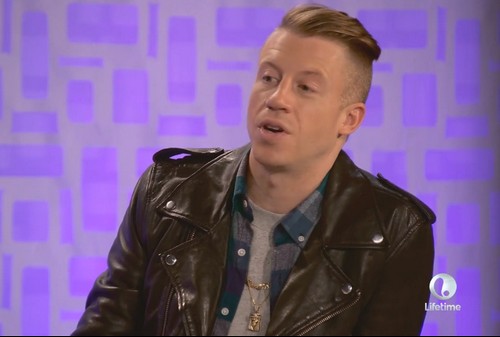 Tonight on Lifetime Emmy AwarGunn returns with another new episode of d winning Tim PROJECT RUNWAY: UNDER THE GUNN called, “Trouble in the Lounge.”  On tonight’s episode the mentors confront the judges after a heated argument in the lounge.   Did you watch last week’s episode?  We did and we recapped it right here for you.

On last week’s episode the designers enjoyed a beach party in the California sun and then are challenged to use the materials from the seaside bash to create their looks. At elimination Michelle and Stephanie were up for elimination. Stephanie was eliminated. Nicholas hugs her goodbye.  The judges actually let Mondo decide the winner for the challenge. Asha and Sam were the top two. Mondo picked Sam to be the winner. He was really proud of him.

On tonight’s episode Macklemore joins the panel. The mentors confront the judges after a heated argument in the lounge.  The designers are given the task creating a design that takes a woman from day-to-night.

Tonight’s episode is going to be another drama packed one, which you won’t want to miss. So be sure to tune in for our live coverage of Lifetime′s Under the GunnSeason 1 Episode 8 at 9PM EST! While you wait for our recap, hit the comments and let us know how excited you are about the new episode of Under The Gunn tonight.

Tonight on Project Runway: Under the Gunn, the mentors confront the judges after a heated argument in the lounge. Macklemore joins the judges panel.

The show opens with the designers talking about the previous week, with some positive talk among the guys, and some negative talk from Michelle.

Tonight’s episode begins with the team of designers heading to the FIDM, walking into the workroom that smelled surprisingly delicious. They see (and smell) a table of lovely scents. Tim and the mentors come in and talk about the scents and how some are more appropriate for day, while others are just right for night. The challenge for this week is to come up with transition pieces that can be worn from day into the night. Blake jumps on a sketch that Anya seems to like. Mondo discusses what a great designer he thinks Michelle is. He cannot figure out why the judges don’t love her work. He was surprised to see Michelle as one of the bottom two last week. Nick discusses his belief in Natalia. He tries giving her a pep talk. She feels pretty beat down right now, but he gives her a lot of encouragement.

Once again, Nick gets busted for taking over. Giving Oscar ideas, and even taking the pencil to sketch the idea! Tim walks in just in time and reminds him of his role. The designers get their fabric and materials and head back to FIDM. Michelle wants to do a parachute-type dress. While the designers get started, Tim reminds Nick that he is to be a mentor, not a designer and gives Nick and the other tips on how to ask the designers questions rather than directing their work. Tim and the mentors go check on the designers. Tim and Nick talk to Natalia first and she begins to break down in tears. She is clearly not feeling confident after last week. She seems very fragile. Sam overhears and sees her crying and rolls his eyes. He thinks she needs to get over it and just design. Nick is doing a great job asking questions and it is working. Not only for Nick, but it begins to bring the confidence back in Natalia.

Anya and Tim meet with Shan. Shan shares his design which he planned to use black for. Anya shares that his great design idea is lost when using black. He is going to find another fabric. On to Blake, and he is told to reshape the design on his pants. Asha shows her design to Tim and Mondo. Mondo talks to Michelle and asks her why she thinks the designers didn’t like her design last week and asks her what she will do this week that will get a different reaction from the judges. Tim and Mondo like her plan.

Asha is stressing about time because of her detailed design. Asha begins getting flustered about Shan’s look because of a few minor details he needs to fix. Natalia is more confident and seems like she’s okay with time. Michelle is not happy with her shoulder pads. Mondo says they look like pita bread. Ten minute warning and the designers are stressing and running around in order to finish in time. Asha says that Natalia’s dress is a hot mess that can be bought off the rack from Forever 21.

Shan’s look is sleek and has a nice transition, but the pleats don’t look well-constructed. Blake’s design was nice but the top that converts to evening was too short. Natalia’s daytime look was unique, but her evening look did look a little cheap. Oscar’s design was a little over the top. Asha has construction issues. Great design but it looks too puffy. Michelle played it safe this week on the daytime look, and the evening look seems a bit thrown together. Sam came up with a great daytime looks that transitioned into a sexy evening dress.

Oscar: Macklemore loves the cape and says it is high fashion, seasonless, powerful, a little too much sparkle for the evening.

Asha: The concept is nice but it is a poor fit and her stomach is showing. The flaps give an unflattering shape, the transition was not successful, mid-section showing is awkward.

Shan: Like the concept, young and trendy, met the challenge, super successful, fit was nice and flattering.

Michelle: Boring, sack feel to it, the shoulders look like a superhero, costume feel.

Natalia: Super classy, not sure about panel down the front, elegant, very transformed.

Blake: bellbottoms are too wide, proportions were off, boring, dress is way too short, unwearable, the back is sexy.

Back at the lounge, Anya and Mondo were really cold to Nick. They both feel Natalia should go. Nick tries to defend her, but Mondo says Natalia doesn’t have what it takes. The tension is thick with Nick feeling slighted that his team of mentors are not supporting him.

Michelle has been eliminated. Mondo and Anya are even more upset that Michelle, who they feel is more talented than Natalia, is going home while Natalia is staying. Michelle has a good attitude upon her departure.

Oscar wins the challenge with Natalia coming in second place.

When Mondo and Anya are told they can go back to the lounge, they both remain and tell the judges exactly how they feel about their choices tonight. Mondo is steaming.