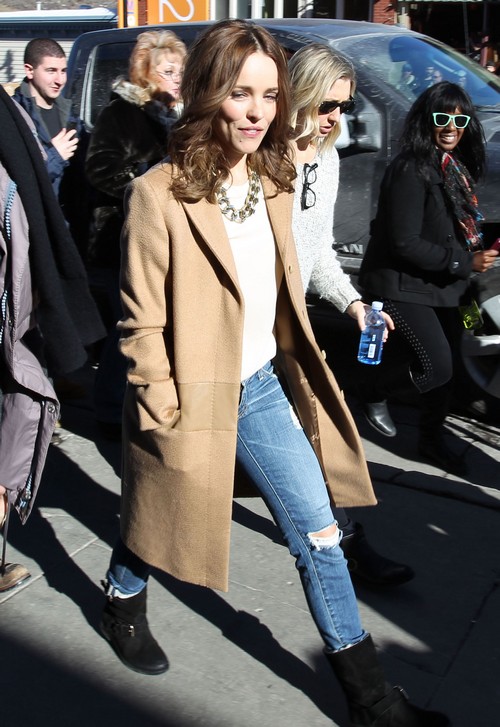 Despite the intense public speculation on the status of their relationship, Eva Mendes and Ryan Gosling are refusing to confirm or deny anything. The closest they’ve come to making a statement is when Eva joked about having a lonely Valentine’s Day on a talk show appearance in early February. However, since then – a big, fat nothing. Nada. Zip.

Now, a new report from OK! Magazine suggests that Eva’s romance with Ryan is still on very shaky ground, with their breakup approaching faster than ever. Apparently, one of the biggest issues in their relationship has been Ryan’s inability to commit to marriage or a proposal. According to the report, Eva gave him an ultimatum, but he ‘balked‘ and started having second thoughts over their future together.

And to make matters worse, there’s also the fact that Eva is apparently very threatened by Ryan’s history with ex-girlfriend Rachel McAdams, who he’s rumored to have proposed to when they were together. While their romance didn’t work out, it wasn’t for lack of passion but rather for lack of privacy. And OK!’s source also adds, “Rachel’s played it very smart and used the whole ‘just friends’ angle to get close to Ryan again, but she 100 percent wants him back. He’s not the cheating type, but he hasn’t been honest with Eva about how much contact he has with Rachel.”

OK!’s source then add that ‘everyone in Ryan’s circle’ is now rooting for him to get back together with Rachel since it looks like his relationship with Eva is nearing its end.

Is it just me, or does this whole thing sound like it was written by McGosling and Notebook fangirls? There are fans, even to this day, who will do anything for Rachel and Ryan to get back together again. Don’t forget, the craze over the Notebook and the real-life romantic pairing of Rachel and Ryan was the mid-2000’s version of Twilight, and the fans were just as passionate. This report is clearly baiting the fans, especially because Rachel has expressed absolutely zero interest in getting back together with Ryan – AND she has a new boyfriend, who she’s been spotted with over the last few months.

But with that being said, it is starting to look like Ryan and Eva might break up soon, even if he doesn’t rebound with Rachel McAdams immediately after.