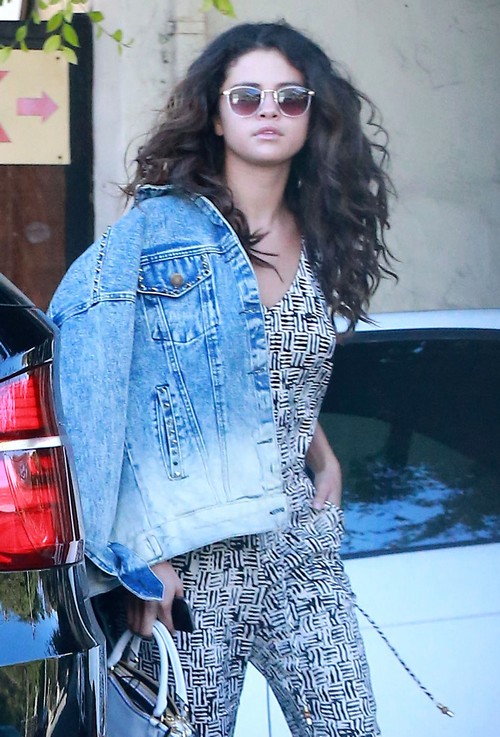 When a girl spends four hours in a salon chair you better believe she has a big night planned. I mean, any woman will agree with that and so just hearing that Selena Gomez spent 4 hours getting her hair done at Nine Zero One in West Hollywood tells me that girlfriend is planning a night of debauchery. Since her new BFF Kylie Jenner tagged along then I’m going to run on the obvious hunch that Kylie is also down for a good time.

As we have already told you, Selena has lost a whole bunch of her former besties, like Demi Lovato and Taylor Swift ever since deciding to give her toxic relationship with Justin Bieber yet another spin. This has caused her to befriend those who run with Biebs and that includes both Kendall and Kylie Jenner. Girls are vicious and befriending Kendall is like a direct slam at Taylor who hates the girl for dating Harry Styles a few months back. The more Selena turns up with Taylor’s sworn enemies the harder she nails closed the door on their one tight friendship.

So what do you think Selena has planned for tonight? What do you think of Selena Gomez’s new hairstyle? Is she just going to roll with Bieber and wanted to look extra hot for the night or does she have a serious party plan in place? One thing seems to unfortunately be a given- if she is hanging with Bieber and/or Kylie that some heavy duty partying will likely be involved. Do you think that photos will pop up online at some point tomorrow of Selena having a wild night with her great new do? Tell us your thoughts in the comments below!

Selena Gomez spends four hours getting her hair done at the Nine Zero One hair salon in West Hollywood, California on April 6, 2014