The Bold and the Beautiful Spoilers: Couple Gets Married – Brooke and Bill, Maybe Deacon or Liam and Hope? 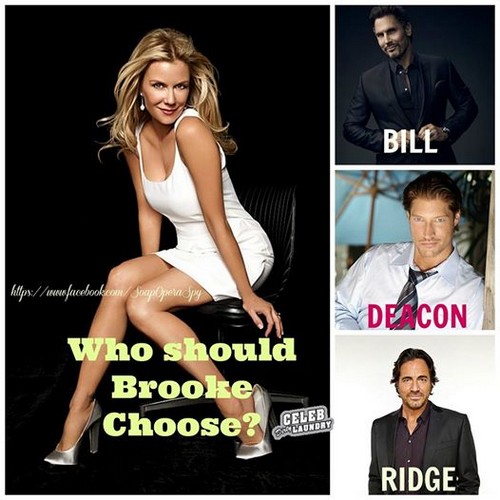 The Bold and the Beautiful spoilers revealed in June that the cast of B&B has filmed a wedding on location in Monaco. We all assumed the wedding was that of Bill Spencer and Brooke Logan, but considering recent events on the CBS soap opera, they most likely aren’t going to be headed down the aisle together any time soon. Bold and the Beautiful spoilers tease that during the week of July 28th Bill will confess to Brooke that he is responsible for Ridge’s accident at their last almost-wedding in Abu Dhabi.

So, if Bill and Brooke didn’t get married in Monaco, then who did? Well, according to Bold and the Beautiful spoilers, Deacon makes a move on Brooke after she learns what Bill did. So, perhaps Brooke and Deacon decide to spontaneously get remarried. Brooke has always been unpredictable when it comes to the many men in her life, so the idea of her and Deacon getting married isn’t out of the realm of possibility.

Another possibility is the wedding that was filmed could be that of Liam and Hope. Bold and the Beautiful spoilers tease that Wyatt gives Hope the HFTF diamond, and Liam is not happy about it. Maybe Hope decides to marry Liam to prove to him that she won’t be running back to Wyatt any time soon and she is dedicated to him.