The Young and the Restless Spoilers: Adam’s Gift To Connor – Gina Tognoni Debuts as Phyllis – Paul Ignores Christine in Favor of Nikki 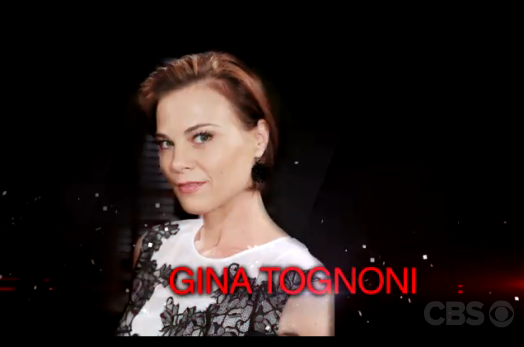 The Young and the Restless spoilers tease an action-packed week during August 11-15. Y&R spoilers have teased for weeks now that the character of Phyllis Newman would be waking up and would be played by soap opera alum Gina Tognoni. On Monday August 11th Gina will make her highly anticipated debut as comatose Phyllis. Y&R spoilers tease that while Phyllis’s face is finally show in Georgia, her daughter Summer’s new hubby Austin will have a surprise for her back in Genoa City.

Y&R fans can also expect to see more drama between Nikki, Christine, and Paul Williams during the week of August 11th. According to The Young and the Restless spoilers, Christine is livid that Paul is coddling his baby-mama Nikki and ignoring her. Paul’s mounting love triangle isn’t his only worry during the week of August 11th though, spoilers tease that his father and son relationship with Dylan McAvoy is seriously strained and not what he expected at all when he learned he had a son.

Spoilers for the August 13th episode of The Young and the Restless reveal that Jill is shocked when she receives a bizarre letter from none other than Katherine Chancellor. Fans can also expect to see more of Devon and Hilary’s scandalous affair, as she considers whether she wants to spend the rest of her life with Neil, or his son.

Adam Newman’s infamous hand scenes haven’t appeared on The Young and the Restless in a while, but according to Y&R spoilers they will return during the week of August 11th. It’s Adam’s son Connor’s birthday, and while Chelsea and Billy are bonding while they set up the party, Adam is seething from behind his laptop. After the party Chelsea finds an anonymous present for her son, and opens it to find a soccer ball. She remembers that Adam’s dad Victor taught him how to play soccer and assumes it is from Grandpa Newman, little does she know it is actually from her not-so-dead hubby Adam.

So Y&R fans, are you as excited as we are for Gina Tognoni’s debut as Phyllis Newman? And what do you think about Paul’s drama with his wife and baby mama? Are you Team Nikki or Team Christine? Do you think that Chelsea will figure out that the soccer ball is actually from her husband Adam Newman? Share your thoughts and theories in the comments below and don’t forget to check CDL tomorrow for more The Young and the Restless spoilers.