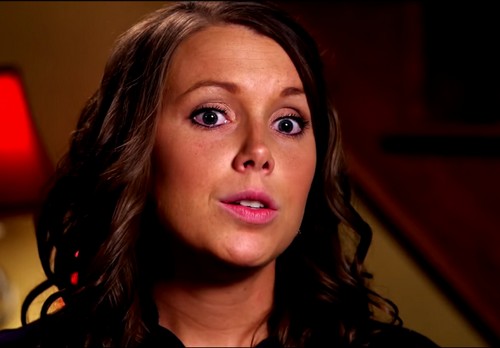 Anna Duggar is feeling trapped and is reportedly begging for a divorce. The mother-of-four allegedly regrets her covenant marriage to Josh Duggar and wants out. Daniel Keller harbors great deal of animosity towards brother-in-law Josh. Anna’s brother spoke harshly about Duggar to Life & Style.

Keller reveals that he advised Anna to leave Josh and bring the four young children to Florida. “I told [Anna] I would go get her and let [Anna] and [the] children stay with me. I won’t stop trying to get that pig out of our family.”

it’s not just Anna’s blood family who has encouraged the young mother to dissolve the covenant marriage to Josh. Cousin-in-law Amy Duggar’s husband Dillion didn’t mince words in an interview. “If I was Anna, I would be done. I wouldn’t think two things about it.”

Rebekah Keller, Anna’s sister, recently went through a divorce. Some Keller family members reportedly hope Anna will see Rebekah’s situation as an example and realize it’s possible to get out of a bad relationship.

While the Kellers are praying Anna will see the light and leave her cheating, porn-addicted husband, Jim Bob Duggar and Michelle Duggar place the blame for Josh Duggar’s cheating firmly on Anna Duggar’s shoulders.

Michelle Duggar believes that it is a wife’s duty to be “joyfully available to the husband no matter what. Using that reasoning, the senior Duggars believe that Josh was not satisfied in the marriage because Anna did not fulfill his needs.

Anna should have been “joyfully available” to Josh while pregnant with the couple’s fourth child Meredith – and running around after three children under five.

Those who are closest to Anna reveal that she regrets the covenant marriage entered into with Duggar. Adultery is one of the allowable excuses for a split in this stricter form of marriage. However Anna would be forced to endure marriage counseling and maintain a trial separation for two-and-a-half years before a divorce would be granted.

If Anna Duggar were to seek a divorce from Josh Duggar it’s possible that Jim Bob and Michelle would cut the mother of four of their grandchildren off financially. Josh would be legally obligated to pay child support and possibly spousal support. But the Duggar fortune is not in Josh’s hands – it is controlled by Jim Bob Duggar. No wonder Anna feels trapped.