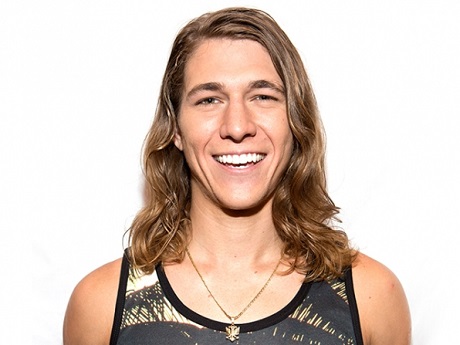 Big Brother 17 has gotten off to a crazy start and, according to BB17 spoilers and LIVE Feed happenings, Steve Moses has chosen to use the Power of Veto to remove himself from the eviction block. Big Brother season 17 is heating up fast. Alliances are being formed, friendships are being fostered, and backs will undoubtedly be stabbed. And who doesn’t love a good Big Brother backstabbing?

Since Steve Moses chose to remove himself from the chopping block, James Huling, current HOH, had to nominate a replacement. With the pick of the litter, James chose Jace Agolli to replace Steve, which makes for a semi-awkward situation given all that’s happened between the two in the house. Given this Big Brother spoiler, do you think James made the right re-nomination choice – or do you think he stabbed Jace in the back unnecessarily?

On the LIVE Feeds, Jace and James were viewed arguing in the coveted HOH room. James stated that he was sorry; however, Jace wasn’t having any of his garbage talk and said that he’s “full of s**t.”

Jace stated that he would give the House a great show if he was placed on the Block, so it looks like he got his wish. According to spoilers, Austin and the twin duo Liz/Julia believe they can gather enough votes to keep their lovely James in the house, but it’s not looking too promising, and whispers around town are leading everyone to believe that James will be sent packing. What do you think?

Let us know what you think about this current season of Big Brother, and be sure to keep checking back here daily for all your juicy Big Brother 17 spoilers, news, and gossip.