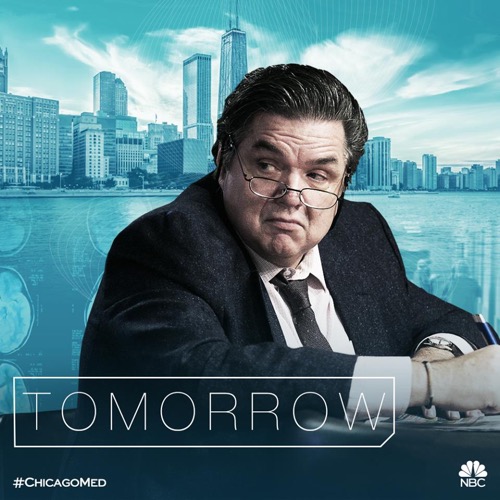 Tonight on NBC their new medical drama Chicago Med returns with an all new Tuesday November 24, season 1 episode 2 called, “iNo,” and we have your recap below. On tonight’s episode Dr. Choi (Brian Tee) treats a teen mother who abandoned her newborn baby in an alley, as the staffers must make difficult decisions about the teen’s future.

On the last episode, an elevated train crash brought Chicago to its knees and stretched the hospital to its limits in the series premiere of this drama, a “Chicago Fire” spin-off about a state-of-the-art trauma center and its staff. Did you watch the last episode? If you missed it, we have a full and detailed recap right here for you.

On tonight’s episode as per the NBC synopsis, “Dr. Choi treats a teen mother who abandoned her newborn baby in an alley, as the staffers must make difficult decisions about the teen’s future. Also, a hypochondriac with chest pains is treated, as is a patient suffering from possible dementia.”

Tonight’s season 1 episode 2 is going to be exciting. We’ll be blogging it right here for you. In the meantime hit up the comments section and tell us your thoughts on this new show.

Tonight’s episode of Chicago Me kicks off with Will arriving at the hospital for his shift – Maggie greets him with a case file and says that he has a possible MI on the way. Molly corners Natalie and wants to know if she is coming to the bar for ladies night with her and April after their shift. Natalie obviously isn’t thrilled by the idea.

Dr. Choi is on his way to his car when he spots a man carrying an unconscious girl to the hospital – he grabs her and rushes her inside. The little girl cant be more than 11 or 12 years old, she is drifting in and out of consciousness and covered in blood. They can’t figure out where the blood is coming from until they take her clothes off and realize that she just delivered a baby.

April and Connor ask the girl where the baby is, and she passes out again. They rush outside and follow the trail of blood down the street to try and find the baby – they find a bloody backpack in the alley and open it, inside is a newborn baby covered in blood. Connor cleans the baby up and gets it to start breathing – it looks like the baby might be okay. He and April rush the infant back to the hospital.

In the ER, Sarah Reese checks in on an elderly woman who fell and spraigned her wrist. The woman is obviously not all there – she wants Sarah to go to the beach with her. Meanwhile, Will is in an exam room with a man who swears that he is having a heart attack – his wife accuses him of faking it, because he doesn’t want to mow the lawn. Dr. Charles has to step in and help Sarah Reese with the elderly woman Mrs. Francis – he takes her bracelet and tells Sarah to call her family because she obviously has dementia.

Helen stops by the hospital – Natalie spots her an demands that Maggie tells her what she was doing there. Maggie says that Helen was just dropping off stuff for her surprise baby shower at the bar – which is not a surprise anymore. Maggie tells Natalie to just go with it and act surprised.

Natalie heads in to Erica’s exam room – the young girl who just gave birth to the baby and left it in the alley. Erica doesn’t want Natalie to call her mother or father, she asks if they found the backpack. Natalie asks her why she left her baby in the alley, Erica starts sobbing and says that she was scared and she is only 14 years old. Erica’s mother is in prison and she doesn’t know her father.

Natalie heads outside and winds up arguing with Choi and Connor over whether they should call the police and press charges against her for leaving the baby in the alley. Natalie argues that Erica is just a scared kid and she was only 2 blocks away – she could have been trying to get to the hospital and just ran out of time. Choi doesn’t want to hear it, he says there is a good chance the baby won’t live – and if the baby dies then Erica is a murderer.

A woman named Zoe arrives at the hospital and introduces herself to Will – she says that she is a pharmaceutical rep and is trying to push a surgical drug on him from her company. Will excuses himself to treat a patient – Zoe asks him out to dinner later that night to discuss it. Will agrees to meet her in front of the hospital after his shift.

Will visits the man that was complaining of chest pain in his exam room – the tests and x-rays came back fine, he is not having a heart attack. Will sends him home and tells him to set up an appointment with a specialist to do a stress test on the treadmill. His wife scoffs that she knew there was nothing wrong with him.

Mrs. Francis’s husband tom arrives to pick her up – he confirms that she has dementia. Of course, she doesn’t recognize him and Sarah and Dr. Charles reassures Mrs. Francis that he will get her home safely. As Mrs. Francis is leaving, she mentioned something about her injuries. Dr. Charles realizes that it may not be dementia after all – he and Sarah whisk Mrs. Francis off to do a few quick tests, they think that she may have been misdiagnosed.

Alarms start going off in Erica’s room – she is unconscious and hemorrhaging. Connor wants to know what attendee stitched her up afterwards, because it was clearly done wrong. Dr. Choi reveals that they were all busy and he actually did it himself – which is strange because he is far too experienced to be making mistakes like that. Erica is rushed off to the operating room where they start giving her blood transfusions – the other doctors give Choi the cold shoulder.

Natalie is called down to meet with a social worker from CPS, the social worker reveals that Erica had prior substance abuse, was a runaway, and had gotten caught for solicitation – they plan on pressing charges for abandoning the baby and attempted murder. Natalie has called Ericas sister, she is on her way to Chicago and Natalie thinks that Erica’s sister should be given a chance to take care of her little sister and the baby.

Connor gets Erica all patched up, and then storms out of the room and confronts Dr. Choi. He accuses Choi of botching Erica’s surgery and nearly killing her because he didn’t approve of what she did with the baby.

A code blue is called in and Will rushes to the exam room – it’s his patient that he just sent home. His wife cries that she was driving him home and he stopped breathing – she wants to know what is happening, Will told her that her husband wasn’t having a heart attack. Will and April get to work on the patient – trying to revive him with defibrillators.

Meanwhile, Erica’s baby’s lung collapses – they are doing emergency surgery. Natalie rushes to sign out a tank of nitrous oxide in case the baby’s oxygen levels drop during the surgery. But, Will needs the tank for his patient who is currently flatlining. They argue over the last tank of nitrous oxide and Will yanks it out of her hands and storms back to the exam room with it. Will snaps at Natalie that her patient is one baby, his patient is the father to three kids – she needs to stop acting like a pregnant woman and start acting like a doctor. Will and April are able to get his patient breathing again on his own – thanks to the tank of nitrous oxide that he stole from Natalie. It turns out that Natalie didn’t even need it, the baby’s surgery is completed without a hitch.

Erica’s sister Kara arrives at the hospital – Natalie takes her to Erica’s hospital room to visit her. Kara acts a bit strange when Natalie tells her that she might be able to have custody of the baby, she heads in to Erica’s room and shuts the door behind her. After a few minutes, Kara stomps out and tells Natalie that she is not getting dragged back in to the drama and she cant help her sister and her nephew.

Meanwhile, Connor is cornered in the break room by a man in a suit – he says that “the boss” needs to see him downstairs. Connor heads downstairs and argues with a man in a black town car, the man tells Connor that he wants them to “start over.” Connor isn’t buying it – he tells his Dad goodbye and heads back upstairs.

The police are on the way to talk to Erica. Choi sneaks in to her room before they arrive and tells her to tell the police that she was on her way to the hospital and she wanted her baby to live. Burgess and Roman arrive to question Erica a few minutes later – and she is gone, it looks like she ran away.

Will meets with his ehart attack patient’s wife and explains to her that her husband was not breathing for nearly 20 minutes, so when he wakes up he could require a lot of care. Instead of being grateful that Will saved her husband – the woman freaks out on him for not letting her husband die, and “turning him in to a vegetable.” She screams at Will that this is not what her husband Doug would have wanted – they have three kids and live paycheck to paycheck.

Choi finds Will in the breakroom having a meltdown and re-reading all of Doug’s charts – he doesn’t understand how he missed it. Choi looks at the file and says that there was no way Will could have known that he would have a heart attack, there weren’t any abnormalities.

In Mrs. Francis’s room she wakes up, and she knows her name, where she is, or now she is able to walk without any problems. Sarah and Dr. Charles drained water that was sitting on Mrs. Francis’s brain – and now she no longer has dementia. Her husband walks in, and this time she recognizes him.

Will calls Zoe and cancels their date, she is already at the hospital waiting for him but she reassures him that it is no big deal. Dr. Choi and Connor head in to the NICU to check on Erica’s baby after their shifts are over – he is awak and in tip-op shape. Everyone heads to Molly’s for Natalie’s baby shower.