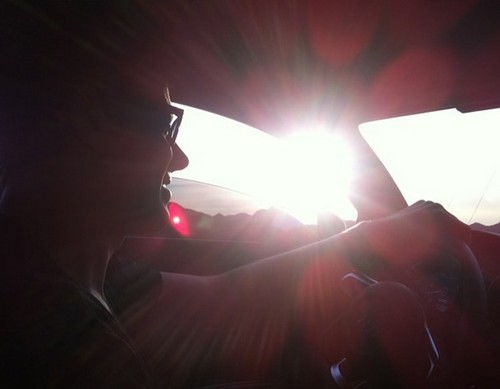 Two years has passed since Cory Monteith was found dead in his hotel room. Cory’s fans, family, and friends have shown an outpouring of love as Lea Michele remembers her former boyfriend, joining the #2YearsWithoutCory Twitter tribute.

The world was stunned to learn the troubled ‘Glee’ star died after an alcohol and drug overdose on July 13, 2013. Monteith was found in his Vancouver hotel room, after spending the previous night hanging out with friends. An autopsy and toxicology report later confirmed what everyone feared – an overdose of heroin and alcohol was responsible for Cory’s death.

This morning, Lea Michele joined the #2YearsWithoutCory Twitter trend, sending out a touching tweet remembering her fellow ‘Glee’ co-star and boyfriend. “Today we remember the laughter and joy you brought into our lives every day. We think of you always and love you so,” Lea wrote, adding a photo of Cory driving with the sun shining down on his face.

Lea also posted the image of Cory smiling in the sun on her Instagram account with the message, “I know you would want us all laughing and smiling today.. So we think of you and remember all the laughter and joy we shared together. I hold you in my heart always and love and miss you so…” In May, Lea Michele also sent out a Tweet remembering what would have been Cory’s 33 birthday. The ‘Glee’ diva shared a message on the social media outlet captioning a photo of Monteith, “I know you’re serenading everyone right now.. We love you Cory! Happy Birthday..”

Cory had risen from small reoccurring role in ‘Kyle XY’ to heartthrob on ‘Glee,’ enjoying success after the series debut in 2009. When Cory was 19-years-old, his family staged an intervention and the troubled teen entered rehab for the first time. After his treatment, Monteith fell back into his old ways, but managed to sober up while staying with a friend. Soon after turning his life around, Cory met with an acting coach who inspired him to pursue a career in showbiz. Scoring the role of Finn Hudson, Cory shot to stardom. However, March of 2013, Cory Monteith entered rehab again, battling his drug and alcohol abuse. Seemingly doing well, Cory was found dead nearly 3 months later.

What do think of Lea Michele using social media to celebrate Cory Monteith’s life? Did you join the #2YearsWithoutCory Twitter trend? Let us know in the comment section below.