BY Amanda Austin on May 9, 2015 | Comments: one comment
Related : Days of Our Lives, Soap Opera, Spoiler, Television 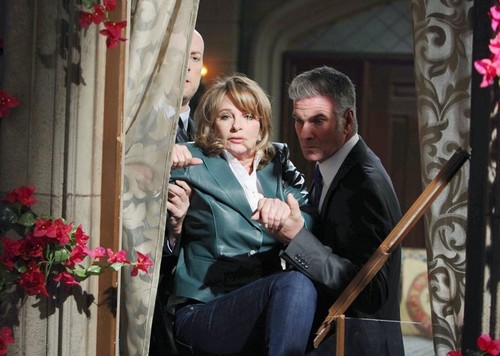 “Days of Our Lives” spoilers tease that the week of May 11 – May 15 will be another action-packed one on the NBC soap, and rumor has it DOOL fans will not want to miss a single episode! One of our favorite Salem residents finds herself in some serious danger. Meanwhile, relationships in the less-than sleepy town are put to the test and some long overdue secrets are finally exposed. According to “Days of Our Lives” spoilers, this is what DOOL fans can expect to see during the week of May 11…

Monday, May 11: “Days of Our Lives” spoilers tease that on Monday’s episode of the NBC soap JJ Deveraux (Casey Moss) has a heated conversation with Roman as he tries desperately to convince him that he hasn’t resorted back to his bad-boy ways and begun selling drugs again. JJ and Paige (True O’Brien) are certain that Eve (Kassie DePaiva) is trying to set him up and told the police that he was dealing drugs. Little do they know it was Cole (Riley Bodenstab) who went through with the call to police on the Friday, May 8 episode.

Tuesday, May 12: Tuesday’s episode of “Days of Our Lives” will be an exciting one – and DOOL fans won’t want to miss a single second. “Days” spoilers reveal that Marlena (Deidre Hall) finds herself in serious danger when Stefano (Joseph Mascolo) sends men to Salem to kidnap her and bring her back to Italy.

Wednesday, May 13: DOOL spoilers for May 13 reveal that unsuspecting Abigail Deveraux (Kate Mansi) and Melanie Jonas (Molly Burnett) will get an eye full when they accidentally catch Paul and Sonny in an awkward moment. Meanwhile, Rafe warns Hope to stop trying to dig up dirt on Clyde and Will (Guy Wilson) heads to Poplar Bluff and has a run-in with Jeremiah.

Thursday, May 14: Spoilers for Thursday May 14’s episode of “Days of Our Lives” tease that fans are in for a treat as Stefano and Marlena share some heated scenes together in Italy. Stefano is on a mission to avenge Kristen DiMera’s (Eileen Davidson) death – and Marlena may not make it out of Europe alive.

Friday, May 15: According to DOOL spoilers on Friday fans of the NBC soap can expect to see Brady (Eric Martsolf) making plans for his future with Melanie – however, Theresa Donovan (Jenn Lilley) is determined to derail his plans. Meanwhile, Nicole (Arianne Zucker) is shocked when she discovers a clue revealing Serena (Melissa Archer) and Xander’s relationship. 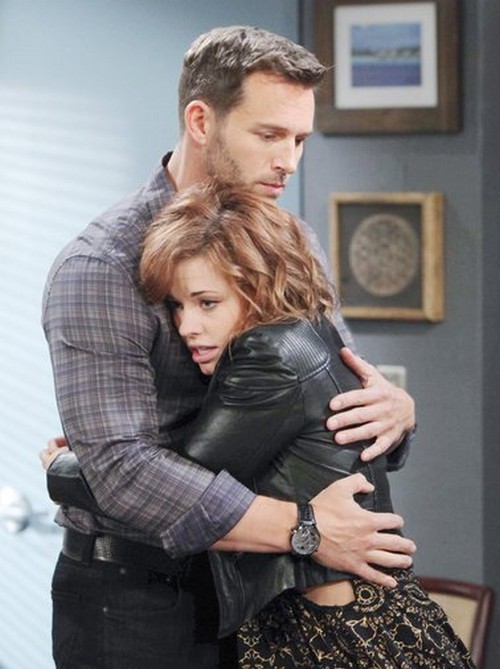 So DOOL fans, are you as excited as we are for this week’s drama? Who do you think will come out on top – Marlena or Stefano? Is Eve really framing JJ with Cole successfully and trying to get him carted off to prison? Will their plan work? Is Brady going to propose to Melanie, what crazy scheme will Theresa cook up to stop him? Let us know what you think in the comments below and don’t forget to check CDL tomorrow for more “Days of Our Lives” spoilers and news.