‘Days of Our Lives’ (DOOL) Spoilers: More Murder in Salem – Paige Next to Die on September 8 – Chad the Suspect? 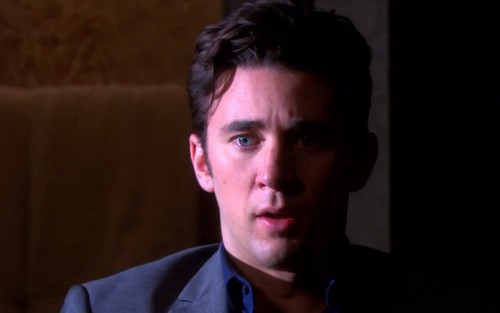 “Days of Our Lives” spoilers reveal that more murders are on the way. DOOL viewers just saw Serena’s (Melissa Archer) corpse in the park and it won’t be long until another character bites the dust. On September 8, we’ll learn who the next victim will be. It’s not clear if this murder will be at the hands of the serial killer or someone else. However, “Days” rumors suggest this may be the end of the road for Paige (True O’Brien).

It’s easy to see that Paige is getting in over her head when it comes to Kyle (Michael Cardelle). Paige has been doing her best to cover for JJ (Casey Moss) and that probably won’t work out well for her. Clyde (James Read) will soon intervene, which likely means Paige is a goner.

It seems JJ may flunk Kyle’s loyalty test and Clyde will feel the need to take charge. “Days of Our Lives” spoilers say Clyde will deliver a stern warning to JJ about what can happen if you mess with him or his business. There’s a good chance that JJ’s actions will have deadly consequences for Paige. Clyde has proven that he has no qualms about attacking people to send a strong message.

We can’t forget that Clyde nearly killed Sonny (Freddie Smith) as a warning to Victor (John Aniston). Clyde even threatened the lives of children like Chase (Connor Kalopsis) and Arianna (Harper and Sydnee Udell) just to keep their parents in line. Perhaps JJ will make one last effort to bring Kyle down and Clyde will kill Paige in retaliation. Then again, the whole thing could be a ploy to throw us off the serial killer’s scent.

Whatever the case, we know that Chad (Billy Flynn) will be considered a suspect in the murder of both Serena and the next victim. Though Chad has no connection to Paige right now, Clyde could easily make sure the evidence points to the unlucky DiMera. Of course, DOOL could always pull a fast one and murder someone totally unexpected, but you should still be prepared for Paige to go at some point in September. Word has it that the fallout surrounding Paige’s probable death is going to be huge. Stick with “Days of Our Lives” to see how JJ and Eve (Kassie DePaiva) will cope with the news.

So “Days” fans, what do you think about the rumors that Paige may be the next murder victim? When Clyde gets updates on JJ’s undercover operation, will he kill Paige to prove a point? Will Paige’s killer actually be someone else? Let us know what you think in the comments below and don’t forget to check CDL often for the latest “Days of Our Lives” spoilers, rumors, updates and news.