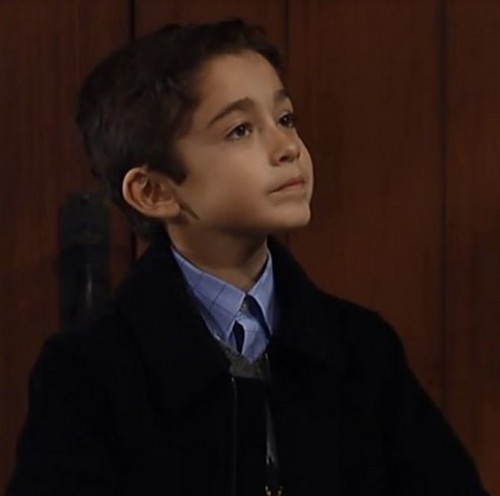 “General Hospital” spoilers tease that February 23 – 27 will be another action-packed week of drama on the ABC soap, and rumor has it GH fans will not want to miss a single episode! Relationships in Port Charles will seriously be tested during the upcoming week and tragedy strikes at Spencer’s birthday party! According to “General Hospital” spoilers, this is what GH fans can expect to see on the ABC soap during the week of February 23.

Monday February 23: “General Hospital” spoilers tease that on February 23 Spencer Cassadine’s birthday party will kick off, and the tiny prince will make a grand entrance. But sadly tragedy is about to strike! Meanwhile, his father Nikolas is distracted over the guilt he feels about keeping Jake’s identity a secret, at the hospital Jake is disappointed when he awakes and still does not remember that he is Jason Morgan (Billy Miller)– even after having Helena’s chip removed from his brain.

Tuesday February 24: On February 24 “General Hospital” spoilers reveal that fans can expect to see some major drama in the romance department. Ric and Liz (Rebecca Herbst) have a major blow up over her feelings for the mysterious Jake Doe, Ric (Rick Hearst) is not oblivious to their obvious connection. Across town Alexis (Nancy Grahn) continues to fret over Ned and Olivia’s baby, she is convinced that Julian Jerome is the father.

Wednesday February 25: “General Hospital” spoilers tease that tragedy strikes at Spencer’s birthday party on Wednesday’s episode of the ABC soap – and the tiny Cassadine is in serious danger when a fire breaks out. GH spoilers also tease that Duke (Ian Buchanan) and Julian will have a chat about a Corinthos-Jerome truce, and across town Maxie is faced with a tough decision when one of her suitors professes their love for her. Will she choose her current flame Nathan (Ryan Paevey), or her baby-daddy Spinelli?

Thursday February 26: According to GH spoilers for Thursday February 26, Nina (Michelle Stafford) will receive some news at the mental hospital that has her optimistic about her future. Nikolas begins to unravel after the fire at Spencer’s birthday party, and Liz steps in to comfort him. Spoilers also tease that on Thursday’s episode of the ABC soap fans can expect to learn that Silas is keeping a secret. Rumor has it that he knows Ava Jerome (Maura West) is actually alive – and where she is hiding.

Friday February 27: “General Hospital” spoilers for February 27 tease that Jake gets one step closer to remember that he is Jason Morgan when he has a hazy dream about his true identity. GH fans can also expect to see Nina and Franco sharing a close moment, and Michael Corinthos (Chad Duell) moving forward with his plan to make Sonny (Maurice Benard) pay for AJ Quartermaine’s death by taking Avery away from him.

So GH fans, how much longer do you think we have to wait until Liz and Sam finally learn that Jake is their former lover Jason Morgan? In the Facebook group Soap Opera Spy people are talking about this hot GH issue! Will Maxie choose Spinelli or Nathan? How much longer can Ned keep up the fake baby-daddy charade, does Julian have a right to know the child is his? What news could Nina receive, is she getting out of the mental hospital? Let us know what you think in the comments below and don’t forget to check CDL tomorrow for more “General Hospital” spoilers and news.