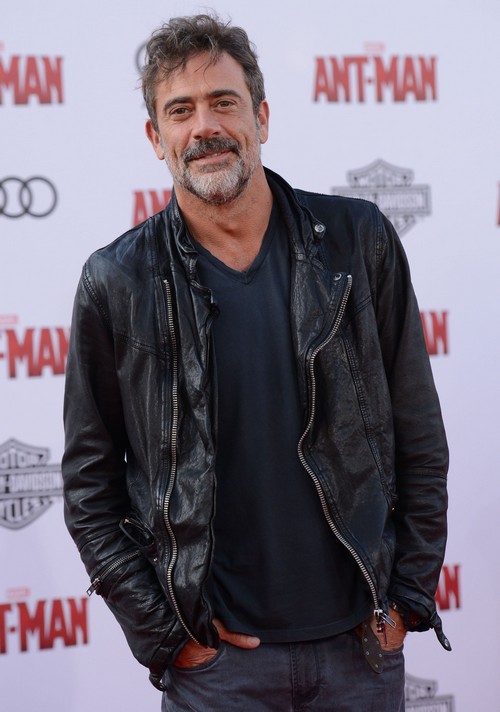 Jeffrey Dean Morgan has been cast as Negan on The Walking Dead after weeks of spoilers, plot teasing, and rumors. The highly anticipated villain will arrive in the TWD season 6 finale!

‘The Walking Dead’ has been hinting at the appearance of Negan since season 5. Fans went wild when Glenn ominously picked up a baseball bat when searching through Noah’s old home. For those who don’t already know, Negan is the man responsible for Glenn’s death in Robert Kirkman’s graphic novels.

Rick has his magnum pistol, Michonne has her Katana, and Daryl has his crossbow, but Negan’s weapon of choice is a baseball bat wrapped in barbwire he lovingly named “Lucille.” Glenn’s death in the comics is far more brutal and pivotal than the current story of arc involving a dumpster.

The casting call for the role of Negan blew the surprise. AMC sent out a request for a character dubbed “Orin,” who fit the bill of the vicious villain perfectly. Timothy Olyphant and Matt Dillon were said to be up for the role, and most recently, Garret Dillahunt was rumored to be in the running for the coveted role. However, Jeffrey Dean Morgan was ultimately cast as Negan.

Rumors also heated up after Tom Payne nabbed the role of Paul ‘Jesus’ Monroe. Tom was spotted on set filming – with Glenn – for upcoming episodes of TWD, which was a HUGE sign Negan was coming. Paul helps Rick and Alexandria fight a war against Negan and his followers dubbed “The Saviors.”

This casting will undoubtedly bring a reheated interested to those fans who aren’t enjoying the show’s current pace and formula. The constant flashbacks and heavy, character-developing arcs don’t seem to be sitting well with some fans. What do you think of AMC’s latest version of ‘The Walking Dead’?

Negan enthusiasts will have to wait until ‘The Walking Dead’ season 6 finale to see Jeffrey Dean Morgan, but keep checking Celeb Dirty Laundry for more news, spoilers, and details for ‘The Walking Dead.’