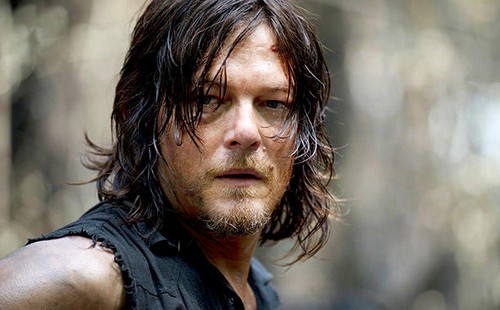 The Walking Dead season 6 spoilers ask if Daryl is being killed off TWD. Fans of ‘The Walking Dead’ may still be reeling from Glenn’s faked death, but season 6 spoilers will make his death even more tragic, as it is revealed a major character is pregnant in the upcoming episodes of TWD. Plus, Norman Reedus’ new show has everyone worried their favorite character, Daryl, will be killed off next!

Here is your spoiler warning! This post is, as always, packed with spoilers for season 6 of ‘The Walking Dead.’

As CDL covered, Maggie Green is pregnant with Glenn’s baby. TWD teased Glenn and Maggie’s baby during the first episode of season 6. As Glenn and Maggie spend what appears to be their final moments together, rallying fellow Alexandrians to fight the herd, they share a moment that suggest their survival is more important than ever.

As Glenn insists Maggie needs to stay to help Deanna get over the loss of her husband and son, Maggie notes, “That’s not the only reason.” It could have alluded to many things, but it appears the show will be following the graphic novel’s plot in which Maggie gives birth to a son she names Hershel, after her father.

As for TWD’s beloved Daryl Dixon…

Daryl was a breakout fan-favorite character who was actually only due to appear in a few episodes. He was quickly signed on as series regular after Norman Reedus made the character come alive and win the hearts of fans.

Daryl is regularly associated with ‘The Walking Dead’ major character death rumors. However, this rumor seems to have a bit of steam as it has been confirmed Norman will be starring in a new series, ‘Ride With Norman Reedus.’ The AMC show will begin with 6 episodes, each 1-hour long.

Does Norman Reedus’ new starring role mean his character, Daryl, will be killed off of ‘The Walking Dead?’ Fan theories predict the new show will be a way to ease the pain of Reedus’ absence on TWD. CDL would like to note that while Norman is crazy-busy, there is plent of time during the show’s seasonal hiatus for Reedus to easily complete a 6-episode arc with a reality program.

What do you think? No character is every completely safe! Will ‘The Walking Dead’ shock audiences with Daryl Dixon’s death? Let us know your thoughts in the comment section below.