BY Kristine Francis on December 20, 2015 | Comments: one comment
Related : Keeping Up With The Kardashians, Reality TV, Recap, Television, TV 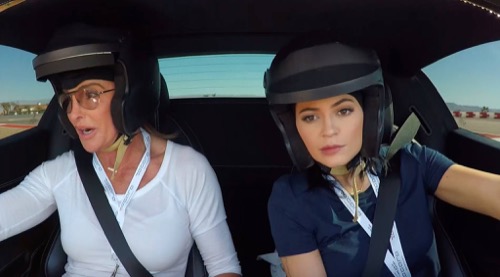 Keeping Up With The Kardashians returns tonight with an all new Sunday December 20, season 11 episode 6, called “Non-Bon Voyage” and we have your weekly recap below. On tonight’s episode, the family embark on a trip to St. Barts to forget their troubles, but drama seems to follow them to paradise.

On the last episode, after moving forward with her divorce, Khloé seek solace in Mexico City at the big cat rescue foundation; Kris had on her own separate correspondence with Lamar; Kylie made her first appearance as an adult at a club in Montreal. Did you watch last week’s episode? If you missed it, we have a full and detailed recap right here for you.

On tonight’s episode per the E! synopsis “the family embark on a trip to St. Barts to forget their troubles, but drama seems to follow them to paradise. Included: Kourtney gets disturbing news about Scott; Kendall is annoyed with Kylie for bringing her boyfriend Tyga; and Kris struggles to get back on Kim’s good side.”

Problems within the family was ruining everyone on tonight’s episode of “Keeping Up With The Kardashians”.

Last week Kris had found herself in some hot water when it was revealed she gave Lamar Khloe’s new number. It was wrong and there was really no excuse for it. Therefore it was completely natural for Khloe to be upset with her mother.

However, Kris felt like Kim had gone too far over something that didn’t directly affect her. So she tried to talk to Kim about that. Kris had told her daughter that sometimes Kim can be incredibly rude and even got too far (something that has admittedly been said before by others). And again Kim had snapped at her.

Kim had said she was upset because Khloe was upset. And she accused her mother was being too sensitive. If not playing the victim.

And so both ladies exchanged words. Though Kris had chosen to take an argument one step further by implying she didn’t want to go on the upcoming trip to St. Bart’s and that Kim could take her stuff out of Kris’s house. The latter of which being a rash decision that actually affected more than just Kim.

So Kris was then in argument with most of her daughters because of course the others took sides. Although that wasn’t the only situation set on ruining the trip to St.Barts. There was also Kendall and Kylie.

It seems that Kendall and Kylie’s relationship has hit a wall. When things were first beginning to change between them, it was because of Kendall’s work. Which took her all over the world and left a little amount of time for them to catch up.

But now Kendall believes the strain is because of Kylie and the fact Kylie doesn’t have her priorities straight.

Kylie had wanted to spend time with her dad before her vacation with the other part of her family. And so they went to the racetrack together. Where she was allowed to drive her new car as fast it could go and just have fun with her dad.

But then Kendall showed up at the track. Kendall had wanted to join them and spend some time with both of them before the trip. And she felt like she had been dismissed when out of nowhere Kylie said she had to go.

Kylie said she had plans and Caitlyn was willing to believe that she had plans. However Kendall said Kylie just wanted to go off and probably spend time with Tyga. And that she had viewed Kendall joining them as a reprieve to finally leave.

Therefore Kendall was already upset with Kylie when she found out – on the trip – that Kris said Tyga could come too.

Technically it was supposed to be an all-girls trip but, because Kris had upset pretty much everyone else, she had said yes to Tyga. And had further frustrated Kim. Kim did after all have to leave her husband to come. So she felt that Kylie could have gone a few days without her boyfriend.

Although, in St. Barts, Kris did try to move past what happened with the girls and make amends. And initially they weren’t having it. They were being closed off and they had allowed Kendall to be just as disrespectful.

So the trip wasn’t working out for Kris and it looked like it was going to stay that way until the interview that Lamar did came out. Lamar had sat down with In Touch magazine and had told the world that he was still in love with Khloe and she was still in love with him. And after Khloe had heard about article, Kris saw for herself how much damage she caused by handing out Khloe’s new number.

And she made amends with Khloe but also understood Kim’s position.

Khloe was hurting and, even though Kris still loved Lamar like a son, she had to think about Khloe’s feelings in all of this. And that’s how Kris found herself back in her daughter’s inner circle. Where she then turned her worry to Kourtney who was closely following Scott’s newest rampage on social media.