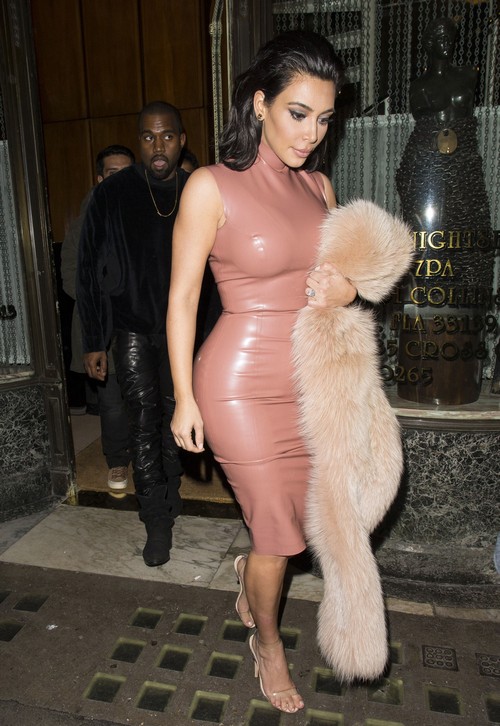 Is Kanye West and Kim Kardashian’s divorce on hold? February has been a huge month for Kanye West – from the Grammy’s, to his ex-girlfriend Amber Rose lashing out against him on Twitter, to outing Kylie and Tyga’s romance, and his fashion show and the BET Honors. Kim Kardashian has no intention of divorcing the rapper now because of all of the buzz he has been generating. Kim’s momager, Kris Jenner, on the other hand knows that Kanye’s newfound craziness could come back to bite their whole family though.

Kanye West and Kim Kardashian’s marriage was on the rocks for months, but Kanye knows the way to Princess Kim’s heart – headlines. Kim loves nothing more than to see her and her husband’s name in the headlines, regardless of why. She knows the ins and outs of Hollywood – and her family has built an entire empire on the theory “Any press is good press.” So, whether it was intentional or not, Kanye has managed to save his marriage by making a complete ass out of himself and Kim’s family by giving one shocking interview after the next. It could be pure genius, or a complete coincidence.

On the other hand, Kris Jenner is shaking in her boots and she sees Kanye’s new buzz for what it really is – unpredictable and dangerous. So far, Kanye’s “I Say What I Want” attitude has been harmless and seems to be keeping Kim and her family stay relevant, but what happens when he says what he wants and puts her entire family on blast? He already has exposed Kylie and Tyga’s relationship; there is no telling what he exposes next. Kim is relishing in all of the attention and media coverage she and Kanye are getting, but Kris Jenner is avidly pushing for her daughter to divorce West.

Have you been following Kanye West’s non-stop antics this month? Do you think it is only a matter of time before he starts hurting the Kardashians instead of helping them? Will Kris be able to convince Kim to go through with the divorce? Let us know what you think in the comments below!