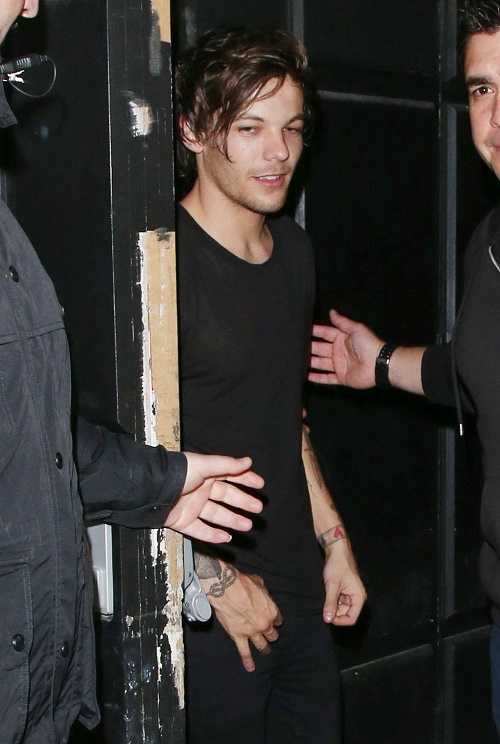 One Direction singer Louis Tomlinson has his plate full, what with being in the most popular boy band in the world and having his first baby on the way. Earlier this month, Tomlinson confirmed that he was going to be a father and Briana Jungwirth was pregnant with his first child. But, according to a new report from Mirror, a UK tabloid, now Louis has to contend with his birth father, Troy Austin – who is reportedly blackmailing him.

Troy Austin left Louis’s mother when Louis was a small child – and he was raised by his step-father, and even took his last name. Of course, after Louis hit it big with One Direction, Troy Austin decided he wanted to reunite with his long lost son, whom he could have cared less about until he was a famous millionaire. Of course, Louis Tomlinson ignored Austin and refused to see him.

Since it was confirmed that Louis has a baby on the way, and Troy Austin is going to be a grandfather, he has announced that he will release a “bombshell” about Louis Tomlinson if he doesn’t let him be part of his life. So, basically, Troy is blackmailing Louis with some huge secret and threatening to expose it if he doesn’t let his father be a part of his unborn baby’s life. Drama!

An insider dished to Mirror, “He will drop the bombshell… even though it would come as a massive shock. He knows it could cause another big rift within the family but is starting to feel he has nothing left to lose.” Seriously, what “bombshell” could Troy Austin possibly have on Louis? He doesn’t even know him! And, even if he does have some sort of huge secret, what could it possibly be? Would One Direction fans even care, how is it supposed to be leverage to get to see his grandchild?

It sounds like Troy Austin is all talk. It’s no wonder Louis doesn’t want anything to do with his birth father – what kind of a dad blackmails his own son with a supposed “bombshell?” What do you think Louis’s secret is? Share your thoughts and theories in the comments below!