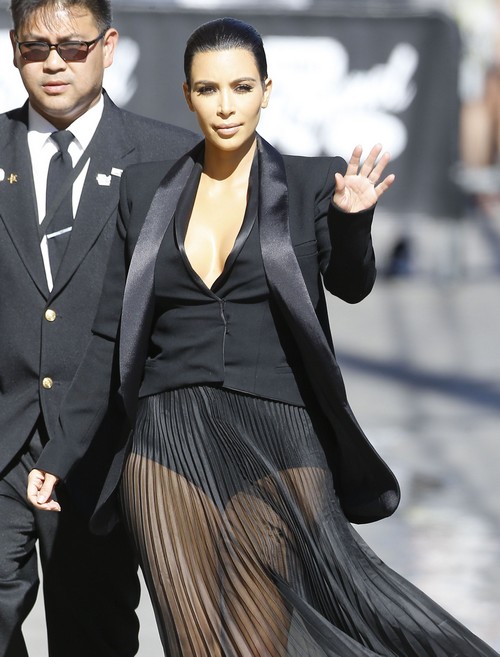 Kim Kardashian is unfortunately going to be at this year’s MET Gala, just as she was present at last year’s MET Gala. For whatever reason, Anna Wintour lost her mind and invited Kanye West and his wife to the most prestigious fashion event of the year, probably because Kanye kept pressuring her to do so. However, even though she invited Kim to the event, she managed to cut Kim out of all the official event photos, making it seem as though Kanye came by himself.

It was an incredibly snarky move, and it shows that Anna hasn’t lost her touch – yet. And this year, we have more of the same, but with another caveat: no selfies!

That’s right, there will be no selfies at the 2015 MET Gala. You can almost see Anna straining to keep the event as classy as it used to be, but that’s difficult to do when you have someone like Kim Kardashian there. But truthfully, banning selfies is probably a good move, and not just for Kim’s sake.

I have a feeling the rule was actually implemented only for Kim, just as a giant f*** you to her – ‘we have to invite you, but you can’t do any of your usual crap’. However, it will definitely help keep the famewhoring and riffraff to a minimum, especially with the lower tier celebrities and models that are present at the event.

Plus, it will prevent Kim from tweeting and Instagramming every two seconds, which would lower the classiness of any event. I mean, Kim Kardashian uploading her selfies to social media with Anna Wintour in the background? If she hasn’t already, Anna would die of the shame.

What do you guys think about the no selfie rule at this year’s MET? Do you think it’s a good idea, or is it too difficult to enforce? Let us know your thoughts in the comments below.