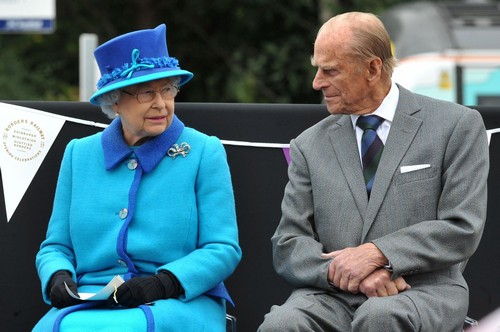 Queen Elizabeth may be devastated to find out that Prince Philip has been cheating for years. “The Crown” – a television series that began filming in London on October 16 – threatens to expose 68 years of Philip’s extramarital affairs.

A source close to Prince Philip revealed that he rendezvoused with an author named Daphne Du Mauriers the night before he married Queen Elizabeth in November 1947. GLOBE reported that a Buckingham Palace insider has disclosed that the Duke of Edinburgh was secretly cavorting with a showgirl named Pat Kirkwood the month before Prince Charles’s birth. Kirkwood was the first in a long line of showgirls who shared Philip’s bed over the years.

An insider close to the royal family has reportedly divulged more of Prince Philip’s not-so-secret mistresses. On the list are numerous duchesses, countesses, and polo players’ wives. He has also been linked romantically to a few famous actresses – including Jane Russell, Zsa Zsa Gabor and Shirley MacLaine.

The most egregious revelation of all may very well be that Philip enjoyed an extramarital love affair with Queen Elizabeth’s cousin – Princess Alexandra of Kent – for 20 years. Reportedly some courtiers at Buckingham Palace believe Her Majesty knows that the Duke of Edinburgh has enjoyed the company of many other women but has turned a blind eye to Philip’s philandering, and my not be surprised at all by the news that Philip has cheated all the years they have been married.

Those close to Queen Elizabeth fear the monarch’s fragile health will worsen when the web of lies Philp has woven over the past 68 years is exposed. Is it possible that the 89-year-old Queen Elizabeth would separate from the 94-year-old Duke of Edinburgh?

Prince Philip may want to pack his bags and prepare for a possible move from Buckingham Palace to much less regal surroundings – even if it’s just for a bit as Queen Elizabeth decides whether or not to forgive him.