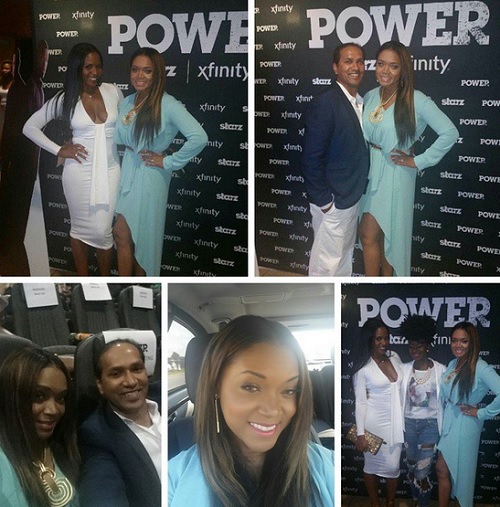 Who is replacing Nene Leakes on Real Housewives of Atlanta? RHOA fans are still reeling from the shocking news that Nene was fired from or quit (it depends on who you ask) the Bravo reality TV show. Word on the internet is that Nene wanted $2 Million for the upcoming season of Real Housewives AND creative control over the show – Bravo basically told her it wasn’t happening and negotiations fell through, so at this time Nene is not filming.

With Nene Leakes axed, there is a huge void on the Real Housewives of Atlanta cast that needs to be filled – and rumor has it that Bravo has added Married to Medicine star Mariah Huq to the cast. One of the reasons Bravo wasn’t interested in meeting Nene’s ridiculous pay demands was because she hasn’t really been bringing the drama to RHOA like she used to. But Mariah is already feuding with Phaedra Parks, so she is sure to make the show a little more exciting.

An inside source dished to Naughty Gossip, “In 2014 Mariah said that Bravo asked her to come on RHOA. She is a Nene like diva/queen been who has been fighting with Phaedra for ages. Phaedra is a lawyer and is representing Quad in a lawsuit against Lisa on the show, but Phaedra also called Mariah, “A slut,” on WWHL. This is going to be drama!”
There were some questions as to whether or not Phaedra Parks would be returning to Real Housewives of Atlanta, but it sounds like her job was saved by her nemesis Mariah Huq. Obviously, if they are adding Mariah to the cast, they need Phaedra around to fight with her.

Do you think Mariah Huq is a good addition to the RHOA cast? Did you watch her on Married To Medicine? Will she be able to fill Nene Leakes’ shoes, or is this all a disaster waiting to happen? Let us know what you think in the comments below!