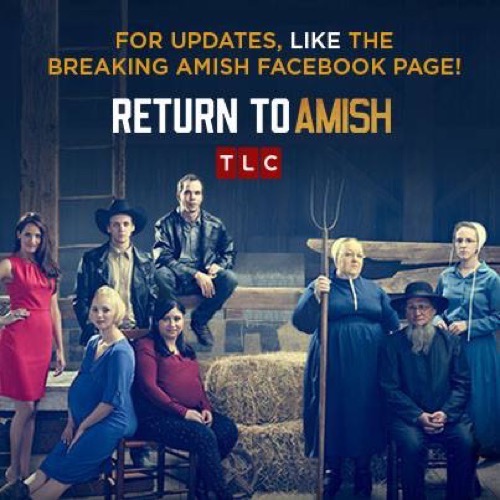 Tonight on TLC Return to Amish, the Breaking Amish spin-off airs with an all new June 14 Sunday season 2 episode 3 called “A Real Emergency,” on tonight’s episode, Kate rushes to Pennsylvania when she hears the news about Mary.

On the last episode, Mary’s bed-and-breakfast dream got off to a rocky start; Chapel found the courage to face Mary. Did you watch last week’s episode? If you missed it we have a full and detailed recap, right here for you.

On tonight’s episode per say the TLC synopsis “Kate rushes to Pennsylvania when she hears the news about Mary. Meanwhile, Chester gives his opinion on the bed-and-breakfast; and Jeremiah deals with an unwelcome presence.”

Mary was rushed to the hospital on tonight’s all new episode of Return to Amish and, frankly, things aren’t looking good for her.

Mary unfortunately has a heart condition but lately the stress of her life must have become too much. In case you missed it, her son, Andrew, is currently in jail. And if that wasn’t enough, she’s also opening her own B&B as a way to create her own revenue.

So with a lot on her plate, Mary didn’t take care of herself as much as she should have. Apparently, that’s when she developed her infection. The doctors told Mary that she had an infection in her kidneys. Thanks to not drinking enough water. Thus, Mary was told to take it easy.

Even with her condition being as serious as it is, her husband did not come to visit her in the hospital. It seems the possibility of getting shunned was far more frightening than losing his wife. So he chose to stay away from Mary in order to avoid the camera crew.

Thankfully, though, Mary still had her kids to depend on. Her son and daughter-in-law were there for her at the hospital and also gave her a ride to the B&B after she was allowed to leave. And when she finally returned to the B&B, she found Jeremiah and Kate were there waiting for her.

Kate had flown out the moment she heard about Mary so, despite Chester’s awkward relationship with his family and the church, the matriarch still has people she can rely on.

However, dealing with Jeremiah can often be considered a trial. He’s been getting along with everyone recently so maybe he needed a break from that. But either way, he intentionally set out to terrify Kate. He told her that the B&B was haunted and that there was one room in particular that had bad juju. So, of course, Kate was on the lookout. She was terrified a ghost was going to get her.

Later, she even questioned Rebecca about Jeremiah and his theories but because Rebecca appeared to be excited about a possible ghost, she proved to be no help. Halloween was right around the corner. Hence everyone (besides the Amish and Kate that is) was in that seasonal mood. But Jeremiah was different.

He told Kate what he did in order to scare her but the truth is really does believe the B&B is haunted. And he investigated that theory down at the library.

Do you know what that means? All that hard work and Jeremiah actually going out of his way to investigate something, shows that Jeremiah isn’t just pushing another theory around in the hopes of getting rich quick. This ghost thing was important to him.

Jeremiah has always been a bit out there but this time he felt he was onto something and he wanted the rest of his “family” to help.

Mary though had bigger fish to fry. Typically, she can be very understanding when it comes to Jeremiah, yet ghosts were merely too out there. Even for her. So she ended up refusing to believe in this ghost theory and was in fact more worried about her grandchildren.

Rebecca had told her that they were dressing up the girls for Halloween and that’s something that absolutely goes against Amish doctrine. The Amish don’t believe in Halloween because they think it’s a form of devil worshipping. So for Mary to hear about her granddaughters, she was truly frightened about what this could mean for the girls.

Though Mary being Mary, she did at least try to keep her opinions to herself. She never came out and told either Rebecca or Abe that they were in the wrong. But she did show her disapproval by refusing to help sew the costumes.

And as for Chester, he did show his face but it doesn’t look like he was willing to do so to support Mary. You know his wife and the mother of children. For it seems that someone in the church told Chester to tell his wife to give up her B&B and without questioning it that’s exactly what Chester did.

He tried to tell Mary to let her business go and so far she hasn’t let him change her mind.