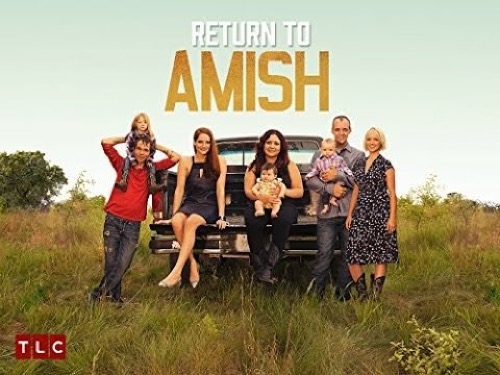 Tonight on TLC Return to Amish, the Breaking Amish spin-off airs with an all new  July 19 Sunday season 2 finale called “Ultimatum,” we’ve got your recap down below, on tonight’s episode, In the season finale, Mary gets more than she bargained for when she visits Kate in New York City.

On the last episode, Jeremiah visited his kids in Ohio, and Katie Ann made a big change in her life. Meanwhile, the church pressured Mary to shut down the B&B; Chapel seek Mary’s advice on her relationship with Andrew; and Kate unveiled her fashion line in New York City. Did you watch last week’s episode?  If you missed it we have a full and detailed recap, right here for you.

On tonight’s episode per the TLC synopsis “in the season finale, Mary gets more than she bargained for when she visits Kate in New York City. Meanwhile, Katie Ann returns to support Mary and clean the B&B; Chapel visits Andrew; and Jeremiah gets into trouble with the law.”

Mary has finally hit her breaking point on tonight’s episode of “Return to Amish” and her decision on whether or not to stay in the Amish community all came down to her B&B.

See, it had always been a dream of Mary’s to run her own business. So getting the chance to actually do that is something she never would have believed possibly. However the backlash she’s since received because of the B&B has actually ruined the dream for her.

People have been writing Fake Amish on the street leading to the B&B. And recently when she went out with Rebecca, she returned to the house only to find it vandalize. So, though she didn’t want to do it, she had to close down the B&B.

Katie-Ann is gone, Jeremiah has decided to leave the Amish, and none of Mary’s children can be with her all the time. Meaning she would be alone if she stayed there. And she’s be alone if those same guys from earlier (the one that destroyed her kitchen) came back for a repeat or something worse.

Thus Mary had to give up her dream in order to stay safe. And once she had done that, she felt like she deserved something for herself. Just to help take the sting out of what she was forced to do.

Because, really, if her husband had only supported her when she needed him then Mary could have kept her business. But, sadly, Chester wants to be Amish as in the church sanctioned kind of Amish. So he didn’t stand by Mary when she needed him the most and now Mary is refusing to take his feelings into considerations when she made a plan to go to New York for a makeover.

Katie-Ann had gotten all dolled up with Kate that one time but that was something that Mary never got a chance at. Not even when she had gone English when she was younger. So soon after giving up her business, Mary went to New York for a visit with Kate and there she wanted to put on something Red. Red being the color the Amish frowned upon the most.

Mary went and got her nails done. In Red. And then she went to do her hair. Mary had it cut, colored, and styled.

And by time she was done, she worried about her husband was going to react once he saw her!

It was right when she finished with her hair that Mary sort realized she was burning some bridges and though she was scared by this point, she didn’t stop doing her makeover. Instead she went ahead with makeup and getting new clothes. And with each transition, she got more excited about it.

So maybe Jeremiah was right all along. He always voiced his doubts about Mary staying Amish and he’s even told anyone willing to listen that secretly she’s English in her heart. Yet people tended to scoff whenever Jeremiah said this. Or at best ignored him.

But to tell the truth Mary had never looked happier than when she was dressed in English clothing.

Meanwhile it was Jeremiah that was struggling to readjust to the English lifestyle because not long after he decided to go back in order to be there for his kids, Jeremiah found himself in trouble again. Only this time he admits to his wrongdoing. And, get this, he’s taking responsibility for the part he played in getting arrested.

Jeremiah had gotten into trouble for being involved in a drunken disorderly dispute with a cop. Yet not long after he was released from hold-up, Jeremiah said it wasn’t the English lifestyle that got him there. It was the partying and excessive drinking that hurt him and his chances at staying in his children’s lives. So Jeremiah said that those are the things he has to give up.

He now knows to stay away from “friends” that aren’t looking out for his best interests and he hasn’t had a drink since his arrest.

And just so you know Jeremiah isn’t the only one that’s in a good place. Chapel is considering a new form of treatment to help with her cancer and she made a decision on what was best for her so she’s also filed for divorce from Andrew. Though what is probably the most shocking is the fact that Mary hasn’t returned to the Amish since her makeover.

Now she might later change her mind but personally I think Mary is doing what she needs to. If being English is merely something she has to work out of her system then its best that get a chance to see that for herself.