BY Annemarie LeBlanc on January 9, 2015 | Comments: one comment
Related : Review 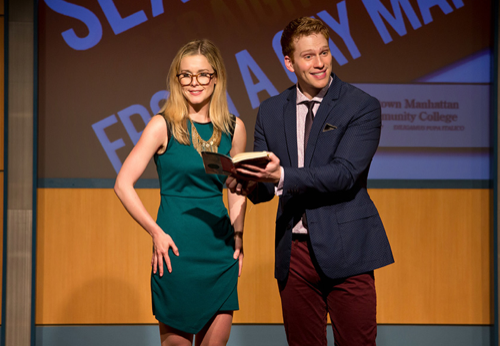 Each year my family and I head to New York City for the The Rockefeller Center Christmas Tree lighting. Along with the tree lighting we always try to see a few Broadway plays.  This year I was offered tickets to “Sex Tips For Straight Women From A Gay Man.”  I was a bit hesitant taking my 79-year-old women but was pleasantly surprised.

Never once did I ever think that a play called Sex Tips For Straight Women From A Gay Man would be a hit with my family, including my 79-year-old mother and my grumpy conservative sister. However, I went with my mother, sister, and three cousins, and they all loved it! The show was of course a bit risque, as all shows beginning with ‘Sex Tips’ are bound to be. But my mother even mentioned that she enjoyed seeing this play more than she did  plays starring Al Pacino and Katie Holmes on Broadway the previous year. A great stamp of approval no doubt! 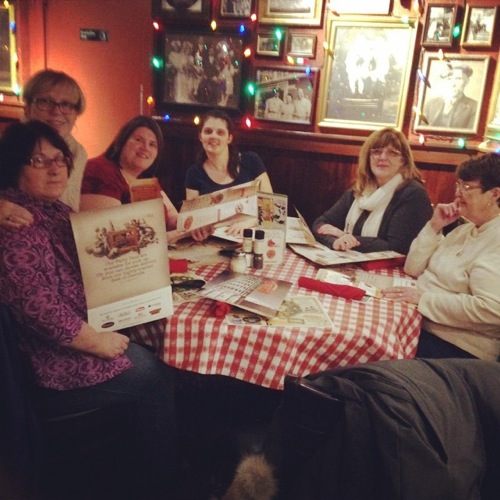 The characters were fantastic, the play was hilarious, and we especially loved the lead [played by Grant MacDermott]. Now, it’s debatable how much you actually learn about these sex tips, but the story and dialogue were hilarious. The plot itself was wide ranging with sharp dialogue was so fantastically funny. Considering that the play is based [very, very, VERY loosely] off another popular sex manual [that is actually used legitimately for sex tips], it’s bound to be entertaining!

The story basically follows Robyn [Lindsay Nicole Chambers], who’s a high-strung and sexually repressed university student. She’s hosting a book forum, and the book in discussion is the popular sex manual ‘Sex Tips For Straight Women From A Gay Man’. Robyn is uncomfortable and not very sure about how she should go about talking about this kind of material, especially with no background on it. However, one of the co-authors of the book, Dan [played by Jason Michael Snow] comes in to help Robyn out, but his method of going over the book is to enact the sex scenes out on stage – with the help of the forum attendees. There’s also a character named Stefan who helps Robyn and Dan out, and let me tell you, he’s handsome and you will not stop drooling over him.

Anyway, the rest of the play is laugh after laugh after laugh, as people find themselves in the most awkward sex situations ever. Plus, the several front rows of the audience were routinely called upon to participate in the play, and it was just a very entertaining and interactive experience – something that’s not often the case with theater in general.

Although we were in New York City for our annual family trip to see the tree lighting, and only decided to go see the play at the last minute, I am mighty glad that I did. For a fun time and many laughs, anybody with family members who are not totally repressed should go see this. Again, the material is a bit risque, but honestly, so is almost everything even on network television these days. It’s become next to impossible to avoid sexual innuendo in modern entertainment, and trust me, your grandmother or mother is probably going to get a kick out of this. There’s fantastic acting, there’s a hilarious set of actors, and the comedy is fantastic and rarely is there a lull in the show. Overall, I wish other Broadway shows were this entertaining.

To check out this great show:

Sex Tips For Straight Women From A Gay Man

Performs every Friday and Saturday at 8pm

Disclaimer: Celeb Dirty Laundry has not received any payment as a result of this review. We received the tickets in order to facilitate this review. All opinions are our own.