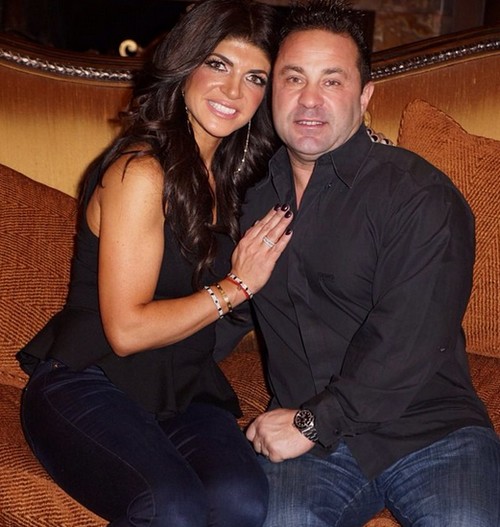 Is Teresa Giudice returning to Real Housewives of New Jersey after she gets out of prison in Connecticut? The former housewife is about half way through her 15 month sentence for bank fraud, and already rumors are flying about her possible return to the wildly popular Bravo reality TV show. When Teresa Giudice appeared on the last RHONJ reunion before she went to prison, she hinted that she was done with reality TV – but according to a new report, she WILL be back to Real Housewives Of New Jersey.

US Weekly’s inside sources are reporting that Teresa Giudice will be filming Real Housewives of New Jersey as soon as she is out of prison. The insider dished to the magazine, “She is definitely back next season. She is all set to profit off her prison stint. There is no Jersey without Teresa.” The source went on to spill that while locked up Teresa has been working hard on her memoir, which is set to make her a boat load of money once she gets out of the Connecticut prison.

We’re not exactly shocked that Teresa Giudice is returning to Real Housewives of New Jersey. She and her husband Joe Giudice are still hundreds of thousands of dollars in debt, that they were ordered by a New Jersey judge to pay back. Even if Teresa didn’t want to film RHONJ, she doesn’t really have a choice. How else will they be able to come up with that much cash that quickly? I highly doubt that Teresa Giudice would go get a real job. Rumor has it that Bravo has offered Teresa a million dollar contract, and her co-stars are seething with jealousy.

Do you think that Teresa Giudice will hurt or help ratings on Real Housewives? Will some people boycott the show because they don’t want to support a convicted felon? Let us know what you think in the comments below!