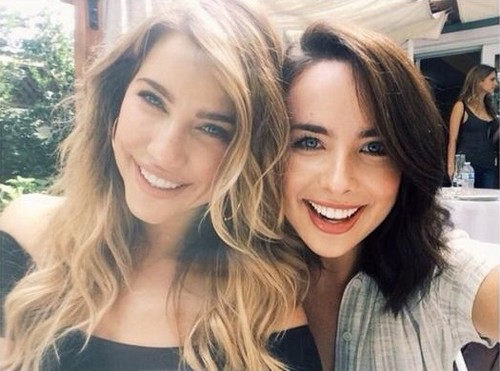 “The Bold and the Beautiful” spoilers tease that Wyatt’s (Darin Brooks) big plan could begin to weaken. Bill (Don Diamont) seems to be coming around on the idea of expanding Spencer Publications to include a design house. However, things could get messy when Liam (Scott Clifton) gets caught in the conflict. Liam likes to play the hero whenever a situation arises, especially if it can benefit Steffy (Jacqueline MacInnes Wood). Perhaps Liam will try to talk Bill and Wyatt out of their wild plot. Bill might withdraw his support, which means Wyatt may have to give up on his dreams.

Of course, that would still leave Ivy (Ashleigh Brewer) out of a job. Unfortunately, it’s starting to look like Ivy will have no choice but to go crawling back to Steffy and beg for her forgiveness. “The Bold and the Beautiful” spoilers say Ivy will have a chat with Steffy in hopes of getting her contract reinstated. Once again, we may see ruthless Steffy beat the underdog.

Ivy was wrong to blackmail Steffy, but she shouldn’t have to grovel for a position she earned with her talent. Besides, Ivy deserves a place with her family’s business. As for Steffy, she’s no saint. Steffy may have killed Aly (Ashlyn Pearce) in self-defense, but we can’t forget about how she treated Ivy in the months leading up to that fateful night. Steffy came back to Los Angeles not once, but twice to steal Ivy’s man. The second time Steffy finally succeeded in putting Liam under her spell.

Now it appears Ivy and Steffy could get back to business as usual. Where would that leave Wyatt? Maybe Wyatt will drop his idea after he realizes it’s doomed to fail. “The Bold and the Beautiful” spoilers reveal that Quinn (Rena Sofer) will wonder why Wyatt is changing his mind. Wyatt was all fired up, but it sounds like the plan was too hot to handle. Going up against a well-established company would’ve been quite a gamble for a new design house anyway.

If Wyatt wants to achieve success, he may have to keep gathering whatever crumbs get tossed his way at Forrester Creations. It seems Liam and Steffy may hold onto most of the control—for now. There’s always another storyline in the works and the next one could involve Rick (Jacob Young) and Maya (Karla Mosley). B&B rumors hint that they’ll soon be up to their old tricks again. Will Rick decide he wants to get in on some type of power play? Stick with the CBS soap for updates on the next round of corporate conflict.

So B&B fans, what do you think about the news that Wyatt’s scheme could be a bust? Will Ivy resort to groveling for her old job? Can Steffy ever be defeated? What could Rick have up his sleeve? Let us know what you think in the comments below and don’t forget to check CDL often for the latest “Bold and the Beautiful” spoilers, rumors, updates and news.