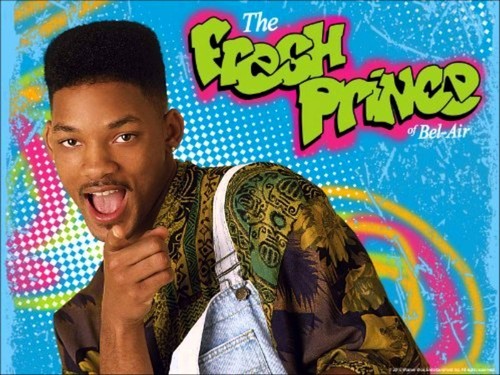 Will Smith wants to bring back The Fresh Prince of Bel-Air. If this is true, we are not sure how we feel about this yet! According to TVLine, reports have surfaced that there is another 90’s reboot in the mix, and this time, it’s The Fresh Prince of Bel-Air. While we love the show, it seems almost wrong to try and tamper with such a massively successful show that impacted television in such a big way.

According to the reports, Will Smith will be involved with the reboot of The Fresh Prince of Bel-Air, but Smith, this time, will be behind the camera, instead of in front of it. Will Smith is leading the talks of reviving the show, and wants to act as a producer of the reboot. According to TVLine, Will Smith’s production company, Overbrook Entertainment, is currently developing a present-day version of The Fresh Prince of Bel-Air that will appeal to a new audience.

The Fresh Prince of Bel-Air ran for six seasons on NBC before it ended in 1996, and the show was a massive hit. It seems kind of foolish to try and mess with something so successful, when it could possibly ruin the legacy that the show currently has.

As of now, there is not much known about this reboot, only that Will Smith is working with Overbrook Entertainment, and that together, they are working on the plot and character details.

As you know, Full House is getting it’s own reboot titled, Fuller House, that will air on Netflix, so that could have sparked Will Smith’s imagination for creating a reboot to The Fresh Prince of Bel-Air.

We are still conflicted about the thought of this reboot and would love to hear from you. Do you think Will Smith is doing the right thing by putting together a new cast to reboot The Fresh Prince of Bel-Air, or should he let the shows legacy continue to thrive, and not try to start something new? Let us know what you think in the comments below.